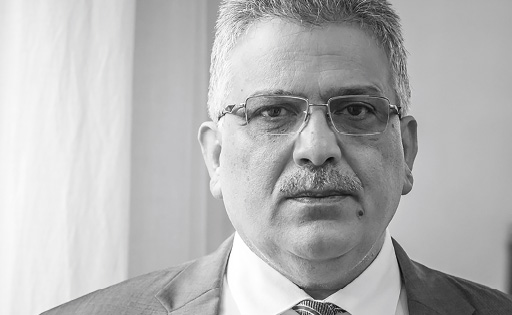 The EUROMED Partnership: cooperation and solidarity shaping a shared future

The current global situation is dominated by severe political, economic, and environmental crises, as well as the major catastrophe that the Covid-19 pandemic represents. The world is facing major unforeseen and unpredictable challenges on a daily basis. The real danger of the pandemic lies not only in the medical crisis it is causing, but also in the subsequent destabilisation of the global economy, the stagnation of the development of stable societies, and the exacerbation of the terrible humanitarian conditions faced by the most vulnerable groups around the world.

Nowhere is this more evident than in the Mediterranean region, due to the political tensions both within and between states across the region which include the Arab-Israeli conflict, the situations in Syria, Libya, and Iraq, and strained Turkish-Greek relations. Furthermore, the region at large is affected by global security concerns and the stark difference in economic growth rates between countries of the northern and the southern shores of the Mediterranean. This is compounded by high rates of forced migration and poverty, as well as the drastic effects of climate change experienced by the region.

The sector most affected by the acceleration of such crises is the water sector; the basis for the survival and development of people across the region and the primary weapon available to combat the spread of the virus. The facts about water in the region are alarming and are only set to worsen in the coming decades. More than 180 million individuals live in water poverty, and more than 80 million others live in water-stressed areas. This does not even take into account the effects of water pollution or the lack of adequate sanitation facilities in several states.

The challenges our region is facing when it comes to water are intrinsically linked to our battle against the pandemic and represent a much wider range of pressing issues. From low agricultural productivity to unemployment, food insecurity, and even political turmoil in some parts of the region, many of the unsettling developments unfolding today are related to the water crisis in one way or another.

Addressing the challenge of providing water to millions of people across the region using comprehensive and innovative solutions has become an increasingly urgent matter. Above all, this requires effective diplomatic and political action that guarantees states of the region have access to water, as is their right. It also requires a greater commitment to investment and financing within this vital sector, in accordance with the financial strategy approved and adopted by UfM Member States, and cooperation in tackling institutional and technical challenges, particularly in the Arab states. Most importantly, it requires a holistic approach to the link between water and the other key issues it impacts including poverty alleviation, environmental protection, and job creation for young people. Moreover, it is essential that focus is turned to alternative and renewable resources in a broader sense. The 2017 Ministerial Declaration on Water undoubtedly constitutes a general framework for all the aforementioned strategies, while the UfM Water Agenda demonstrates their application.

The case of Palestine is unique, and the issue of water scarcity is vitally important. For decades, Israeli plans to seize and control all ground and surface water resources have been underway, transforming water into an effective tool to restrict and wear down the local populations. Even more worryingly, Israel is exploiting global concern about the repercussions of the pandemic to continue to implement such plans and achieve its goal of making it impossible to establish a Palestinian state.

In previous years, working together with our partners, we have been racing against time to implement water projects and programmes to fight against the water scarcity and lack of clean drinking water that threatened the lives of more than two million Palestinians in the Gaza Strip. Today, we have been able to overcome the many challenges facing the central desalination plant programme, which is deemed a fundamental solution to such crises. Commissioning this programme is just one example of the importance of meaningful cooperation and partnership with the UfM, the states of the region, and other international partners, and the ways it can improve the lives of our peoples.

To develop post-Covid-19 strategies that can reinstate a normal way of life and restart development while also incurring the fewest human and economic losses possible, it is imperative that we immediately intensify and integrate our efforts. Cooperation is vital to overcoming the repercussions of this shared crisis, so we must create a roadmap that identifies priorities and objectives that are both realistic and achievable.

25 years after the launch of the EUROMED Partnership, a true assessment of its progress must be conducted to build on its many strengths and address any weaknesses. Particular emphasis must be placed on the importance of its founding principles; to create a shared platform to establish and maintain peace and prosperity in the region by strengthening political dialogue; to work to ensure prosperity is shared through active economic partnerships; and to create a cultural, social, and to establish a humanitarian partnership that brings together different people from across the region.

Such objectives can only be achieved by mitigating crises and conflicts in a way that respects the sovereign rights of states and uses solutions in line with legitimate international law. To that end, we must develop an integrated development strategy based on the benefits of the diversity of natural, demographic, and economic resources that exist in the region to reduce the disparity between the two shores and to achieve the Sustainable Development Goals (SDGs). At the heart of this strategy must lie the belief in the importance of creating a balance between the individual interests of each nation and the general interests of the region. This call for cooperation must apply to water, transforming it from a trigger of conflict to a symbol of peace, love, and co-existence throughout the Mediterranean.