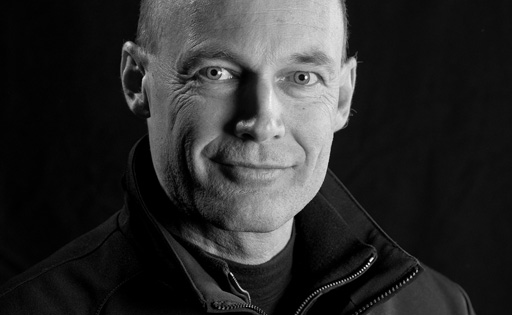 Exploration is fundamental if we want to progress

A psychiatrist turned pilot. Few people can boast such a career change. Bertrand Piccard can, he even did much more than that. He was the first man to fly around the world in a solar glider: The Solar Impulse. This trip of a lifetime made him relevant to now tour the world with other means, to convince people in power that renewable energies and a new industrial strategy are invaluable for the future of our planet.

“By touring the world without stopovers in an air-balloon, by doing it again in a solar glider, I created a special relationship with our planet”. This planet, it is now Piccard’s dream and goal to protect it. And to do so, the serial-explorer decided to share his scientific input with the leaders of the world. “If I come back from an experience like that and I tell the political, economic, financial, industrial world that the Earth is beautiful, they won’t be convinced. So, I came back saying that clean and efficient technologies, renewable energies are now extremely mature and profitable for them”.

This is the new aim of the Solar Impulse Foundation: identify a thousand financially profitable solutions to protect the environment. “We already have 765 solutions that prove that the environment’s protection is more profitable that its destruction! Those solutions can be technologies, products, materials, machines, energy sources…”. This portfolio of solutions, the visionary pilot is planning on bringing it to heads of states, enterprises and institutions to prove that carbon-neutrality is achievable.

Bertrand Piccard is used to undertake seemingly impossible tasks. When he decided to begin a world tour in a solar plane, people thought he was crazy. They told him he would either not fly at all or crash. “So, when I saw the lights of Abu Dhabi coming closer, I told myself – this is the moment of truth, if I land a metre short, the whole project will have been a failure.” But Piccard landed perfectly in the last city on his world journey and the relief and pride he felt was unimaginable.

Four years later, the Swiss pioneer is a bit nostalgic of that plane which safely carried him around the globe even though it was a completely experimental machine. Flying over the blue planet, looking at it from a brand-new angle, admiring sunrises and sunsets, but also witnessing pollution from above, inspired the pilot even more to promote new ways of living, consuming and producing. This should be the case especially for regions which are already feeling the disastrous effects of climate change.

“In the Mediterranean region, tropical diseases, droughts, floods and the number of climactic refugees are seen rising. But in that region, it can become a factor of unification. I think that the fight against climate change will enable an extraordinary cooperation. Some countries will produce wind, some sun, some hydrogen. Others will be there to consume it. So, alliances are possible”.

To convince populations to get on this renewable energy and clean technology train, Piccard proposes not to impose restrictions but to teach people to do better, to produce better, to reuse, to think of new ways to live in peace with our environment. “This will create new economic prospects, industrial prospects, financial prospect which will allow even the poorest region to develop without polluting anymore. We need to realise that if we keep going the way we are going, we will lose jobs, we will see more suffering, more inequalities, more social instability. Whereas environment protection and renewable energies would allow to stabilise potential conflicts”.

For Bertrand Piccard, 2021 will be the year during which his foundation will present its portfolio of a thousand solutions for a greener world. But this is only the beginning for younger generations “young people need to express their will to change path. The path we were on for the last 20, 30 years was dangerous. The youth needs to not back this polluting and unjust world we lived in”. The explorer believes that after the pain and suffering of the pandemic, we need to grab the opportunity to turn over a new leaf. “It is also an extraordinary opportunity to build something new. But we can’t just rebuild what we lost. We now need to invest in innovation and solutions to protect the environment. And that is the role of political leaders. The political world needs to take its responsibility and join the movement.”