Barcelona, 7 April 2014. On the occasion of the Senior Officials Meeting of the Union for the Mediterranean, which is being held on 7 and 8 April at its headquarters in Barcelona, the UfM Secretariat officially launched the Urban Projects Finance Initiative (UPFI).

The purpose of this financial initiative is to identify and select sustainable urban development projects likely to be endorsed by the Union for the Mediterranean and financed and implemented in the short term.The selected projects will help to improve living conditions in the Southern and Eastern Mediterranean countries. By 2030, 80% of the Mediterranean population will be living in an urban area and the role of the Secretariat is to respond to the region’s challenges arising from demographic and environmental pressure.

This initiative is a direct and concrete response to the UfM’s Ministerial Meeting on Sustainable Urban Development, held in Strasbourg on 10 November 2011, and it will contribute to address the global challenges of population growth, greenhouse gas emissions and climate change in the Mediterranean area. 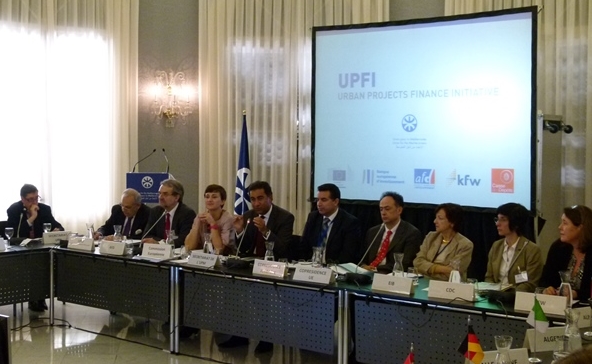 In line with the Secretariat’s project-based approach, which aims to coordinate civil society, donors and governments, the UPFI is co-managed by the Agence Française de Développement (AFD) and the European Investment Bank (EIB) with the support of the European Commission and under the auspices of the Union for the Mediterranean, and its purpose is to control and support the development of private, public or inter-regional projects.

The first phase of the initiative consisted in the identification of projects to be funded by the AFD and the EIB (€500,000). Fifteen projects in the South and East of the Mediterranean region were identified. The second phase, due to start in April 2014, will consist in identifying the Technical Assistance needs for the chosen projects in order to drive them forward and make them eligible for meeting donor funding criteria. A 5 million Euro aid is provided by the European Commission through the Neighbourhood Investment Facility. 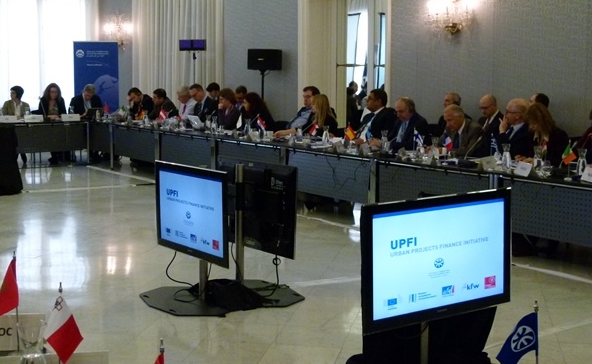