Within the framework of the Third UfM Regional Forum which marked the 10th Anniversary of the Paris Declaration that gave birth to the Union for the Mediterranean, the UfM Secretariat celebrated the first Stakeholders’ Dialogue for its flagship initiative Med4Jobs on 8 October 2018 with the aim of taking stock of the progress achieved and the lessons learned.

The Med4Jobs Stakeholders’ Dialogue brought together over 50 participants from UfM Governments, the European Commission, the Private Sector, Think Tanks, Academia, Financial Institutions, Business Development Centers, Social Economy, International Organizations, among others. Together, they discussed the Private Sector’s Social Impact and the Engagement of the Private Sector in Human and Sustainable Development Efforts.

UfM project promoters, partners and beneficiaries were given the floor to share their experiences, success stories and best practices. Ten UfM-labelled projects were represented in the Dialogue, accounting for almost 20% of the overall UfM project portfolio. Med4Jobs currently encompasses 13 projects that benefit over 100.000 young people and women, in addition to supporting hundreds of startup MSMEs in the region.

Med4jobs is a flagship initiative of the Union for the Mediterranean meant to help increase the employability of youth and women, close the gap between labor demand and supply, and foster a culture of entrepreneurship and private sector development. Med4jobs is a crosssector initiative driven by the need for an integrated regional initiative in the area of job creation.

Launched in 2013, Med4Jobs currently has 13 labelled projects under its umbrella. 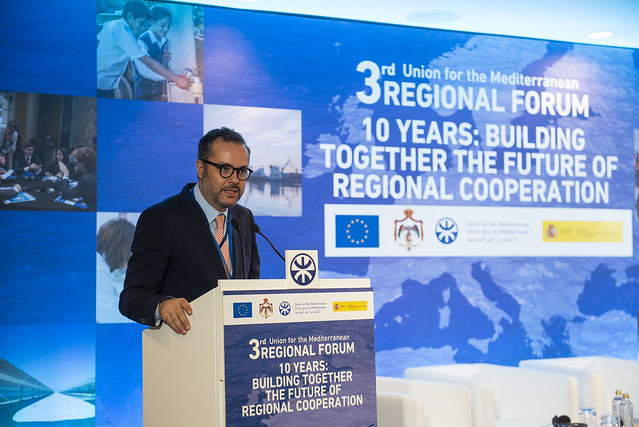 The testimonials presented by young beneficiaries from Jordan, Palestine, Egypt, Tunisia and Morocco emphasized the role of the Med4Jobs projects in cultivating an entrepreneurial culture and the impact they had on developing the necessary toolkit of skills for the beneficiaries.

The Stakeholders’ Dialogue was inaugurated by the UfM Secretary General, Mr. Nasser Kamel, and the Commissioner for European Neighbourhood Policy and Enlargement Negotiations, Mr. Johannes Hahn. Mr. Kamel reviewed the current macroeconomic realities in the EuroMediterranean Region, which has one of the highest youth unemployment rates in the world. Commissioner Hahn highlighted the utmost importance of providing the young generation everywhere – but particularly in the Southern Mediterranean- with prospects for a better future.

Other sessions of the Stakeholders’ Dialogue focused on the role of the Private Sector in the ongoing development efforts. The participants stressed that the Private Sector should play a more tangible role in the society not only through the Corporate Social Responsibility programs, but also by re-thinking the business model with the wellbeing of the society and the environment in mind.

They pointed out the importance of building meaningful business linkages between the multinationals and the local firms in order for the benefits of Private Sector engagement to trickle down to small companies. Whether through multi-stakeholder policy dialogue, transfer of knowledge and technologies, capacity building, or technical assistance and best practices, there are several paths to engage the Private Sector in development efforts.

The Med4Jobs Stakeholders’ Dialogue was followed by the Fifth Med4Jobs Advisory Board Meeting, held at the UfM Secretariat. This year’s edition focused on the Private Sector’s adaptation to a rapidly shifting technological landscape in the context of the Fourth Industrial Revolution and the need for digital skills for the future. 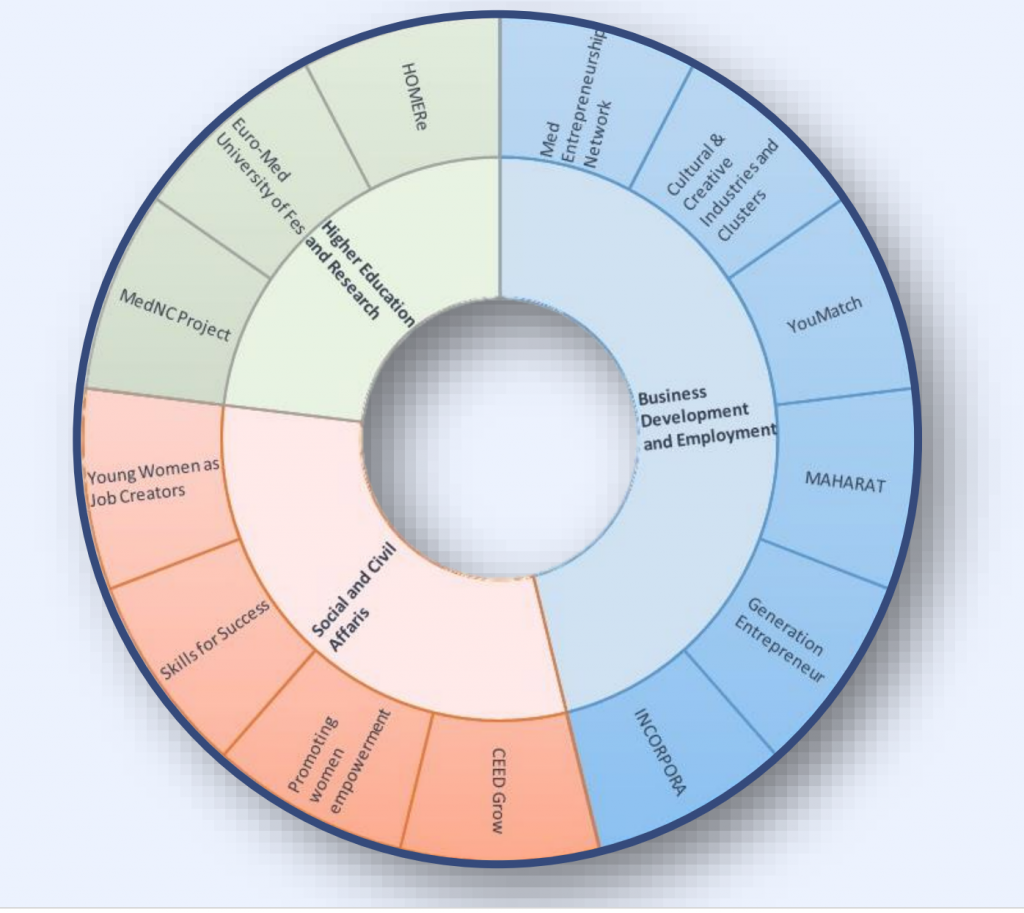