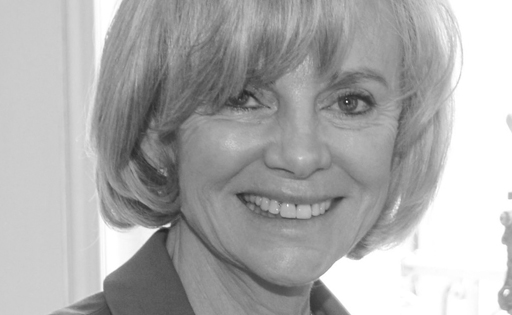 Celebrating the 25th anniversary of the Barcelona Process

With these 42 national networks of associations, the Anna Lindh Foundation (FAL) has the largest multilateral network of associations in the Euromed region, numbering more than 4000. The FAL programs are primarily directed towards young people and, in accordance with its statutes, the FAL has developed its actions in three directions:

Intercultural dialogue, to improve mutual understanding, combat stereotypes and prejudices, in particular through its flagship programme, Young Med Voices (formerly Young Arab Voices), which since 2011 has brought together more than 100,000 young people; research and studies on intercultural trends in the region, in partnership with the Unimed network of universities; partnerships with major international institutions.

Since 2015, under my presidency, the Board of Governors has approved two new priorities: improving the visibility of the FAL by developing communication; strengthening partnerships with European institutions (the Commission, European External Action Service, the Parliament) as well as with international institutions (UN, UNESCO, OSCE, Council of Europe, World Bank). The two successive Executive Directors, Ambassador Hatem Attallah and Dr Nabil Al Sharif, have improved the budgets and efficiency of the Executive Secretariat, diversified funding and developed programs and communication.

The Foundation celebrated its 15th anniversary in 2019 in Alexandria, home of its Executive Secretariat, by bringing together for the first time the Board of Governors, the Advisory Board, and representatives of the networks.

A key partner in Euro-Mediterranean cooperation, the Foundation has weathered many storms by reinventing itself, developing its network and fostering multiple strategic partnerships.

Twenty-five years on, this project is more essential than ever. It is our responsibility to work even harder to consolidate the progress already made and to build a common future.

Covid-19 is the first global crisis where each individual can understand the cause and see the consequences on a personal and communal scale. It is also the first world crisis against which each individual can protect both himself and the community. It is the first crisis with a totally human dimension that has relegated economic and financial activity to the background and disrupted social hierarchies. The paradox is that in the face of this global pandemic, the only emergency response was for people to be confined and socially isolated, and for countries to close their borders.

But we are well aware that this confinement cannot last indefinitely. For the survival of humanity, we must invent new ways of living together, of communicating and exchanging.

In this context, the human dimension of the Euro-Mediterranean partnership, entrusted to the Anna Lindh Foundation, is more relevant than ever. Only cooperation between people and government can allow a return to social life, to freedom of movement, to economic recovery and to job creation. In order to prevent fear from taking over, exploited by all extremists, and to prevent identities from taking precedence over welcoming others, intercultural dialogue and exchanges, respect for the diversity of cultures but also respect for the common values of humanity are more essential than ever. The FAL believes in its mission and in the strategic importance of the Euro-Mediterranean partnership.

The Mediterranean – a strategic crossroads between Europe and Africa

The Mediterranean basin is acquiring a new strategic role as a geographical, historical, economic and cultural link between two continents: Europe and Africa.

The partnership must evolve if it is to have a say in the globalization process. This means becoming more egalitarian, engaging with new stakeholders – primarily women and young people – and making the most of the formidable human potential of Africa and Europe combined, which in 2050 will represent a quarter of the world’s population. It is together that we will be able to meet the challenges of the 21st Century: health, education, youth employment, access to education, and so on.

And it is with the driving forces of our civil societies, and in particular by trusting our youth, by giving them a voice and the resources to carry out their projects, that we will find the way to develop a common future that respects all humanity.