Ljubljana, 12-15 September 2021. The third edition of Creative Forum, which constitutes a unique High-level event fully dedicated to the promotion of Creative economy in the Mediterranean region, took place place in Ljubljana from 12 to 15 September 2021, under the title “Future Unlocked”. The UfM was pleased to co-organise this Forum with Slovenia, a country that has become a regional creative hub.

Throughout three days, creative entrepreneurs and policymakers alongside with governments and international organisations of the Euro-Mediterranean region gathered to discuss the role of cultural and creative industries as generators of sustainable economic growth, and its unique contribution to peace and stability.

The Secretary General, Nasser Kamel, addressed the High-level Forum, along with Thierry Breton, European Commissioner for Internal Market, Mariya Gabriel, European Commissioner for Innovation, Research, Culture, Education, Youth and Sport, Stefano Sannino, Secretary General of the European External Action Service and Gašper Dovžan, State Secretary Ministry of Foreign Affairs of Slovenia, among others. The intervention of the Secretary General shed light on the work of the UfM for the promotion of regional dialogue and the implementation of tangible initiatives to address the common challenges of the Euro-Mediterranean region, particularly stressing the promotion of creative economy as a genuine priority of the organisation.

Fully aware of the importance of creative economy as a catalyst of a sustainable economic growth and social cohesion, the UfM is committed to advocate for the promotion of this promising economic sector and its crucial role in building back better, in close collaboration with all the relevant regional partners. 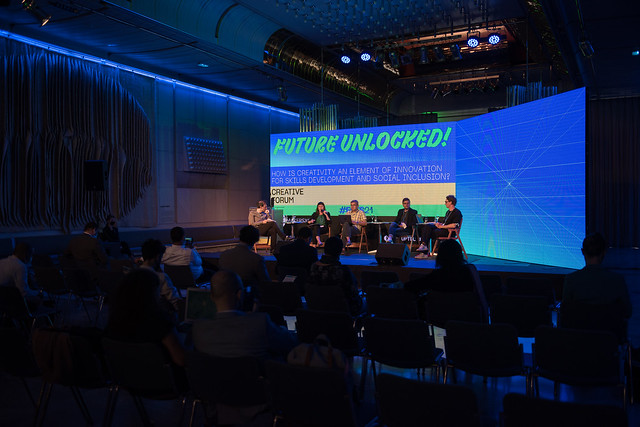