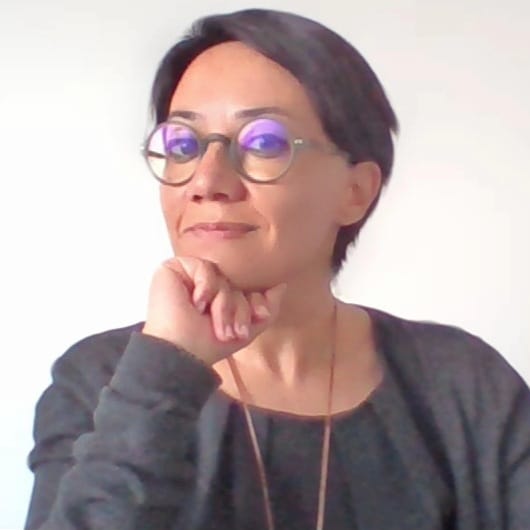 Ceren Gokce is an economic policy and public sector advisor at GIZ. She is a local and regional economic development professional specializing in industry clusters, sustainable destination management, food systems and capacity building. Gokce lectures on the history of international development and project management at different universities as a guest lecturer. She has 20 years of experience in public and private sectors and international institutions across the areas of migration, employment and livelihoods, cash and voucher assistance, MSME development, resilience building and public-private dialogue structures. 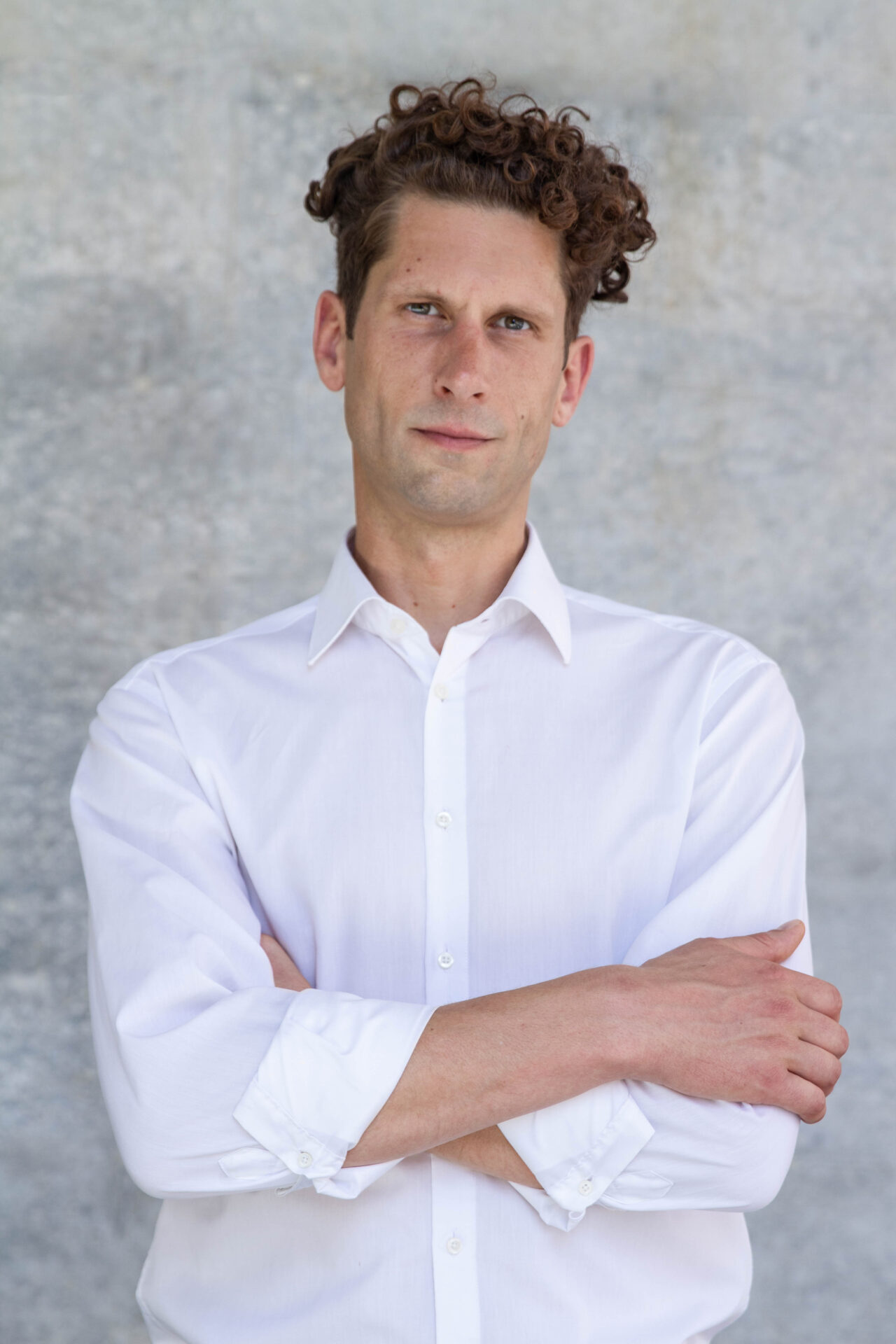 Jonathan is a strategy and management consultant, moderator, and partner at 4Sing GmbH. He helps organizations create strategies for dealing with the challenges of today and tomorrow using foresight methods and fostering collective intelligence of leadership teams with their stakeholders. As a scenario planner he regularly deals with questions around sustainability, resilience, and change management and advises public and private sector clients in the (policy-) fields of agriculture and nutrition, chemicals, climate change, energy, economy, migration, private sector development, tourism, and value chain integration. Before joining 4Sing, Jonathan has been a development field worker focused on promotion of SMEs and a consultant and trainer on software tools for decision makers. 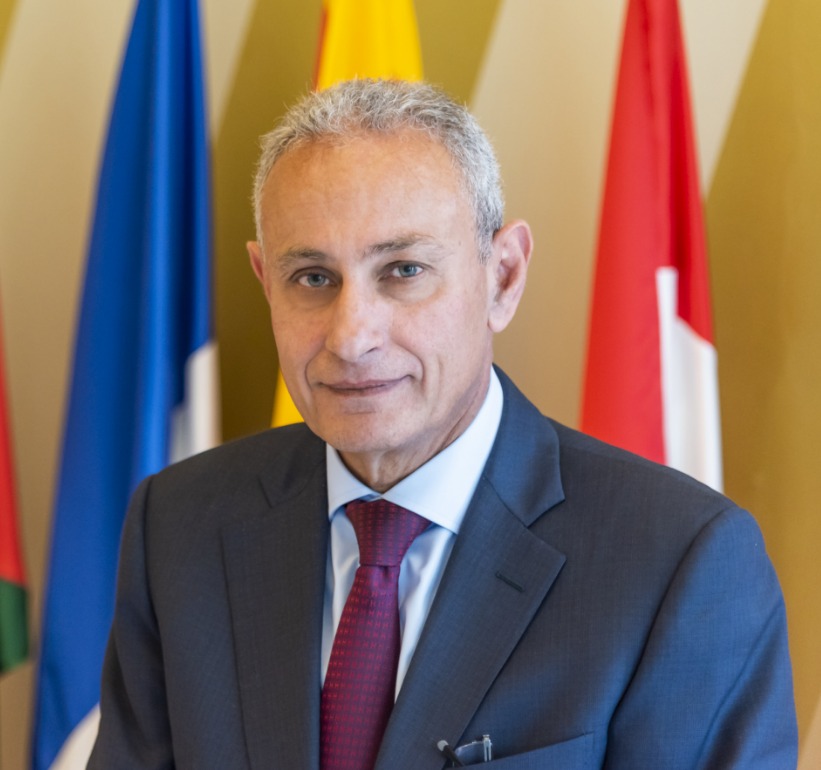 Secretary General, Union for the Mediterranean. 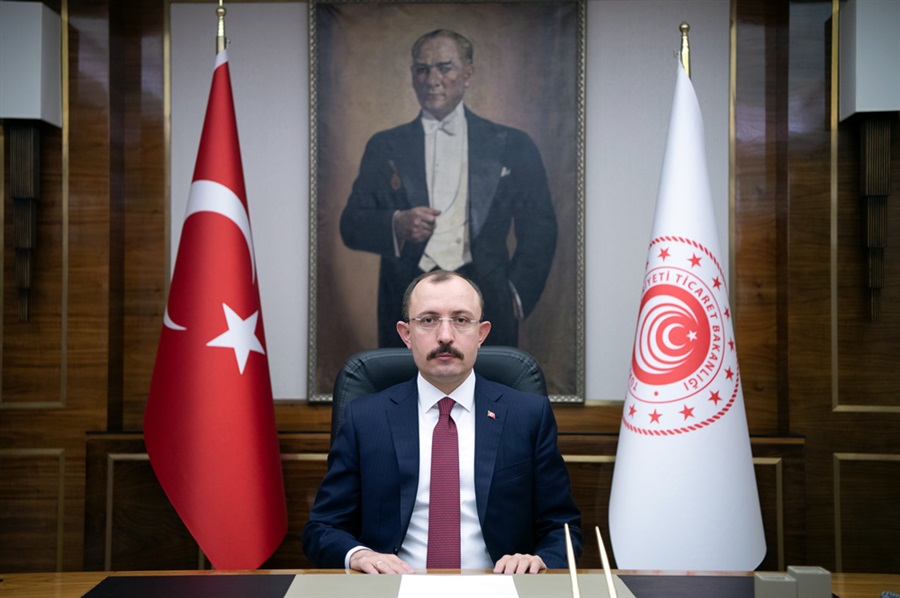 Minister of Trade, Republic of Türkiye.

Having had his PhD degree at Marmara University, Department of Economic History, Mehmet Muş worked in the private sector as a Budget Planning Expert. He was actively involved in the Istanbul Branch of AK Party Youth Organization where he served respectively as AK Party Youth Organization Provincial Executive Board Member, Director of Economic Affairs and Head of the Organization. In 2011, he was elected to the Grand National Assembly as AK Party’s Istanbul MP for the 24th Parliament of Türkiye. He remained in the office and continued to serve as MP in the 25th, 26th and 27th terms. He was a Member of Grand National Assembly’s Committee on Foreign Affairs, Plan and Budget Committee and European Union Accession Committee. Being a former member of NATO Parliamentary Assembly (NATOPA) Turkish Group, he also served as the Vice President of Public Relations at the AK Party Headquarters. 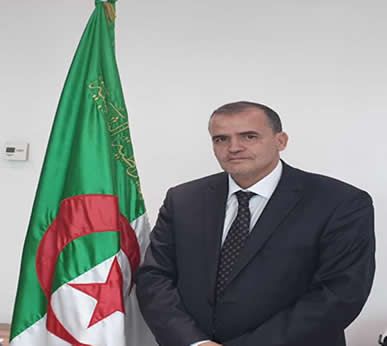 H.E. Mr. Kamel Rezig started his career as a professor and later Dean of the Faculty of Economics and Management at the University of Blida. He has published more than 35 articles in national and international scientific journals, Algeria, Iraq, Palestine, and Egypt. Since 2010, he has been the Director of the Economic and Personal Development Laboratory in Algiers. Between 2011 and 2014, he was Chairman of the Scientific Council of the Faculty and Chairman of the Doctoral Training Committee. In 2016, he was appointed Chairman of the Committee for Doctoral Training in the Islamic Banking System. In 2021, he was appointed Minister of Trade and Export Promotion of Algiers.

Key messages from the Partners 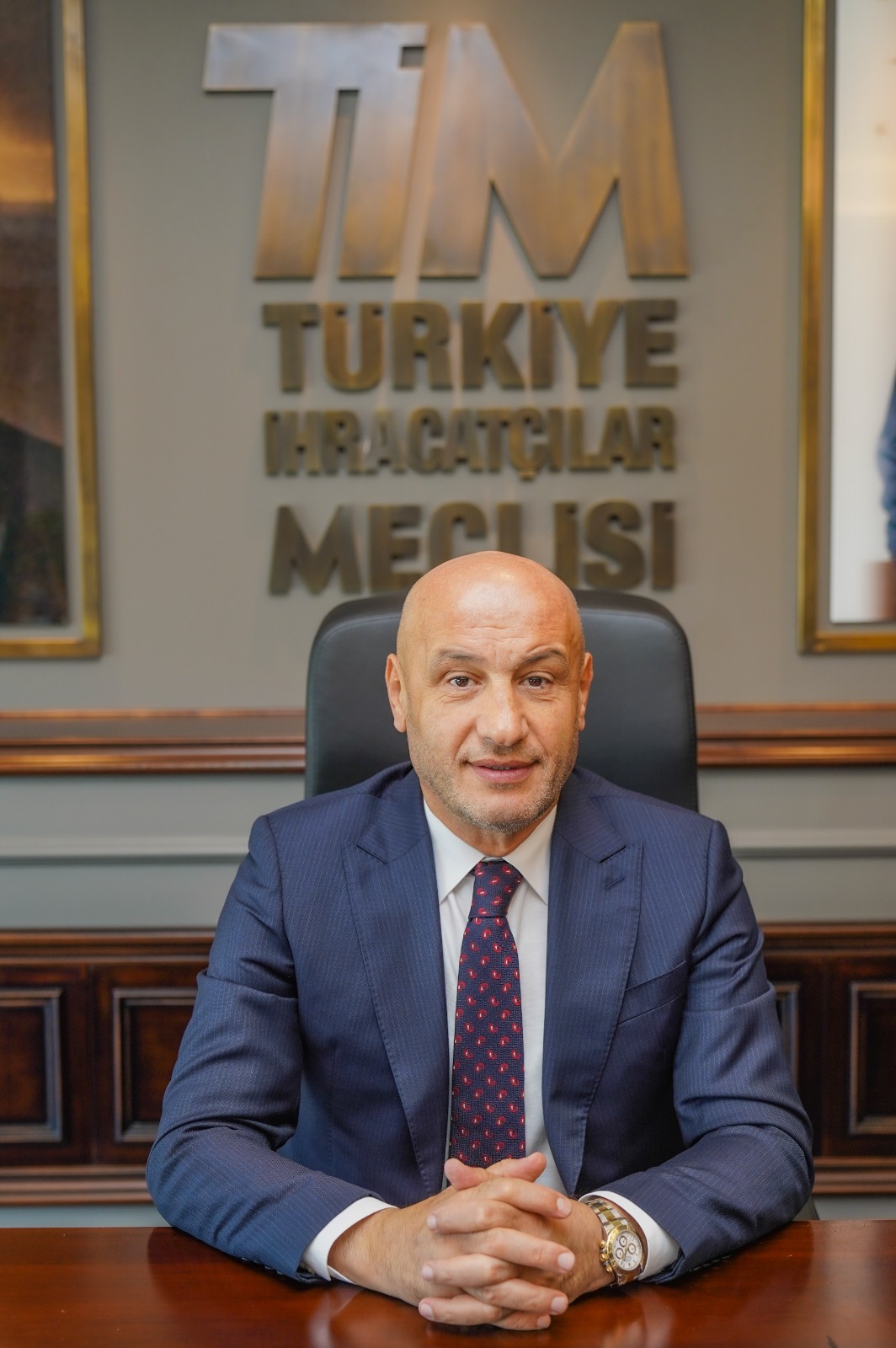 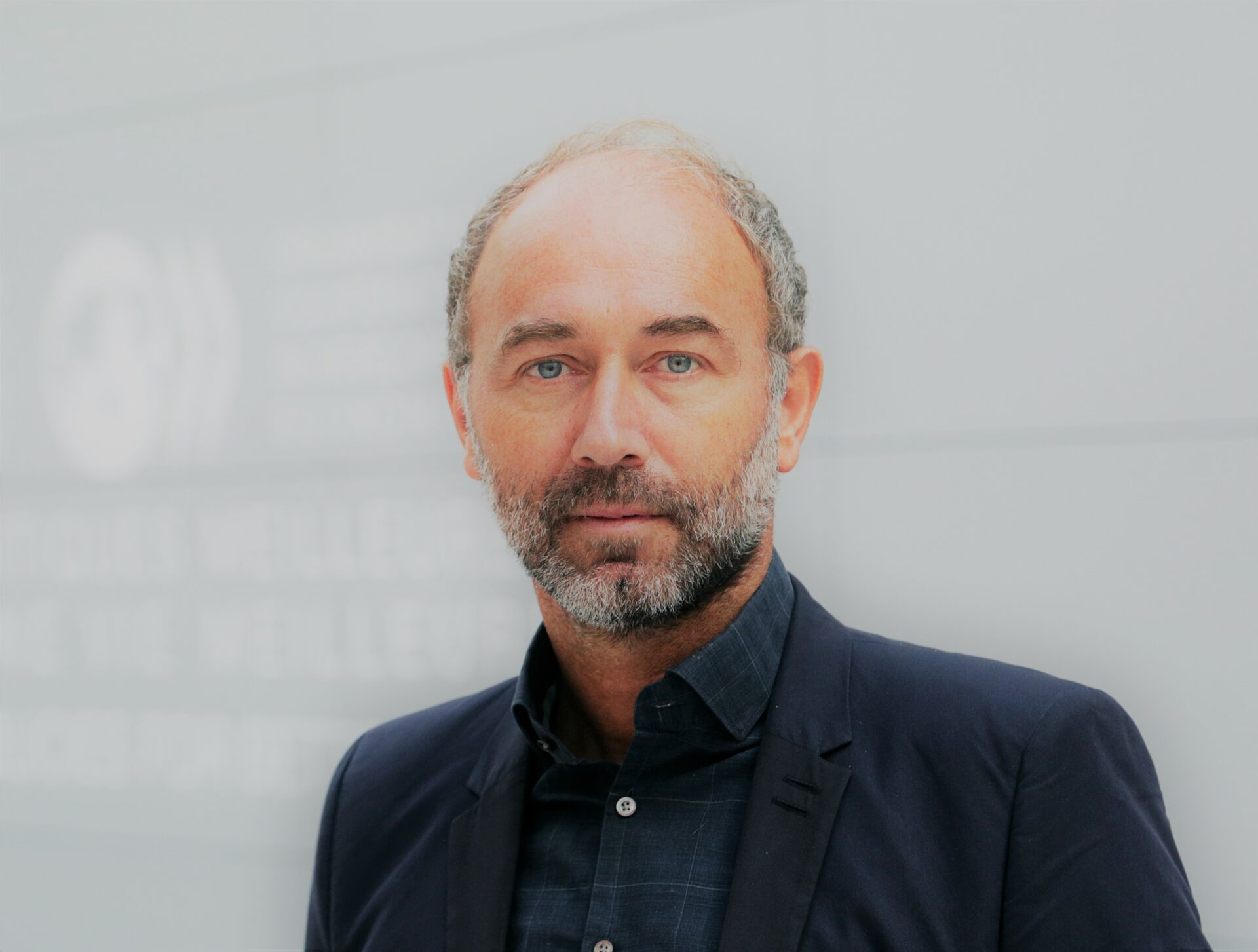 Since he joined the OECD in 2006, Mr. Dahou has served several positions across the organisation. As Deputy Director, he is responsible for enhancing the key partnerships with Brazil, China, India, Indonesia and South Africa, as well as supporting the development of OECD Regional Programmes. He is in charge of coordinating policy support by OECD expert communities to partner countries from all over the world. Mr Dahou also oversees accession discussions with countries that aspire to OECD membership, as well as OECD’s engagement with China across policy fields. Before joining the OECD, Mr. Dahou served as the Chief of Staff to the Executive Secretary and Special Advisor to the Chairman of the Board of the international NGO ENDA, and was founding member and managing director of the policy think-tank Enda Diapol (Policy Dialogue). His areas of expertise include investment, trade, responsible business conduct and natural resource management. 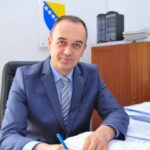 Secretary of the Ministry of Foreign Trade and Economic Relations of Bosnia and Herzegovina. 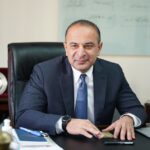 Dr. Ahmed Kamaly graduated from the Department of Economics at the American University in Cairo (1991) and received a Master degree in Economics from the same university (1995) and then a PhD in Economics from the University of Maryland at College Park (2002). He has extensive experience in academic and international affairs and the private and public sectors. He served as a researcher at the International Food Policy Research Institute (IFPRI) in Washington, DC; senior economist at Business & Technical Consultants Inc. (IBTCI); research coordinator at the Economic Research Forum in Egypt (ERF); advisor to the World Bank in Washington DC, Chair of Department of Economics, American University in Cairo; the economic advisor to the General Authority for Investment and Free Zones of Egypt (GAFI); the Director of the Egyptian National Focal Point (OECD) in the Egyptian Ministry of Investment; and the Chief of the Economic Governance and Planning Section at the United Nations Economic and Social Commission for Western Asia (UN-ESCWA). Currently, he serves as deputy minister to the Minister of Planning, and Economic Development. His areas of research interests are: Business finance, growth theory, applied econometrics, economic development, and monetary and fiscal policies. 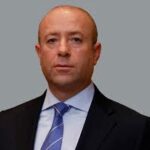 Fatih Özkadı worked as an Engineer (1992 – 1998), Specialist (1998 – 2004) and Manager until 2010. Between 2010 and 2015, he served as Energy and Environment Manager and between 2015 and 2020, he worked as Sustainability and Corporate Affairs Director. While he was still in office, he served as the President of the Environmental Committee of Koç Group between 2014 and 2016. Fatih Özkadı has been working as Director – Quality, Sustainability and Corporate Affairs since March 2020. At the same time, he serves as TUSIAD Environment and Climate Change Working Group Chairman, TURKTRADE (Foreign Trade Association of Türkiye) Board Member, TÜRKBESD (White Goods Manufacturers’ Association of Türkiye) Board Member and the European Home Appliances Manufacturers Association (APPLiA) Council member.

With 29 years of experience in banking and business administration, Ms. Edin’s areas of responsibility are Corporate Banking, Global Markets, Global Markets Business Solutions, Cash Management, Financial Institutions, Investment Banking and Finance, and Corporate and Investment Banking Strategy, Analysis and Coordination, and Sustainable Finance. Ms. Edin is the Chair of the Board of Directors of Business Council for Sustainable Development Türkiye. In addition to that she continues her duties on the Board of Directors of the Istanbul Foundation for Culture and Arts (İKSV) and the 30 Percent Club. She is also a member of the Board of Trustees of Istanbul High School and Boğaziçi University. 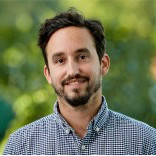 Aurelien Pastouret began his career working in the private sector as lobbyist in Paris and Brussels and his first assignments in the public sector were in the French ministry of Foreign Affairs as well as the French Prime Minister’s Office, where he worked on ACP countries. He moved on to the management of development projects and joined DG INTPA in 2018 with responsibilities on operational and financial cooperation with Sub Saharan African countries. In 2021, Aurelien Pastouret joined DG NEAR unit B2, in charge of regional programmes for the Southern Neighbourhood. He is in charge of several regional programmes in the areas of economic development (on issues such as SME development, entrepreneurship, innovation, trade and investment, green economy, financial inclusion) including blending under the EFSD+. 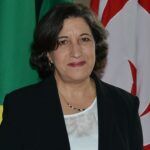 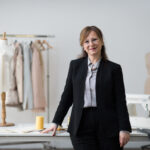 Nilgun Ozdemir has represented SELÖZ TEKSTİL SPOR VE DAN. HİZM. LTD. ŞTİ. since 2008 and for 42 years has represented Apparell industry all over the world. As a member of the İHKİB International Relations and Corporate Social Responsibility committee, she represents İHKİB by taking part in OECD and EURATEX working groups. She is a member of the Turkish Clothing Manufacturers’ Association (TGSD) High Advisory Board. She is the TIM Delegate of Istanbul Ready-to-Wear Clothing and Apparel Exporters’ Association. She is also the vice chairman of TIM Women’s Council Social Responsibility and Sustainability committee. Since 2009, She has been the Chairman of the Board of EKOTEKS Laboratory and Inspection Services Inc. 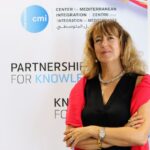 Director of the Center for Mediterranean Integration (CMI)

She has over twenty-eight years of experience as a World Bank development economist, including several positions as Lead Economist, mainly for the Global Tax Team, the West Africa Region, the Investment Climate Department, and the Office of the Vice-President for Poverty Reduction and Economic Management. As a Senior Economist, she previously worked at the World Bank Institute, the West Africa Region, and the Corporate Strategy Group of the World Bank. Her regional experience includes the Middle East and North Africa, Latin America and the Caribbean, Sub-Saharan Africa, and East Asia (China, India, and Indonesia).  She started her career as a Robert Shuman scholar at the European Parliament and as junior economist at the European Commission, before joining the World Bank Group. Dr. Moreno-Dodson authored and co-authored five books throughout her career and has also been published in several internationally renowned economic journals. 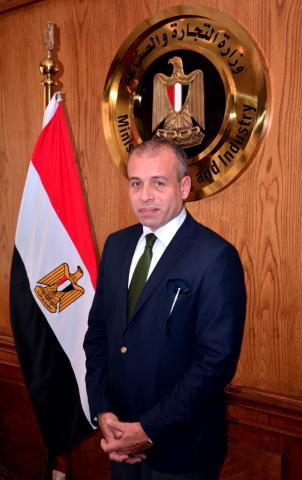 First Undersecretary of State, Head of the Egyptian Commercial Service, Ministry of Trade and Industry of Egypt

Yahya Elwathik Bellah Ahmed has more than 27 years of international career experience working in several countries including Australia, Canada, Spain, Belgium and Egypt in the field of Business Development and Economic Development. Prior to his current position, he was Minister Plenipotentiary, Director of the Trade Mission of Egypt at the Embassy of Egypt to the EU, Belgium and Luxembourg. He also served as Commercial Counsellor and Director of Africa and COMESA Department in Cairo and was a Consultant of Economic Development Programs and Strategic Initiatives in Canada. Betweeen 2008 and 2010 he was the First Secretary of ECS and served as Consul of Economic and Commercial Affairs in Montreal between 2004-2008.

Cigdem Nas is the Secretary-General of the Economic Development Foundation (IKV), an NGO specialized on Türkiye-EU relations. She is also an associate professor of international relations and a member of staff at the Department of Political Science and International Relations of the Yildiz Technical University in Istanbul. She worked as a researcher at the Istanbul Chamber of Industry between 1992-94, then joined the EU Institute of the Marmara University as a research assistant. She became an associate professor in 2007 and transferred to the Yildiz Technical University. She is the author or several books and articles on the EU and Türkiye-EU relations including Türkiye and the EU: Processes of Europeanization ve Türkiye and EU Integration: Achievements and Obstacles published by Routledge. 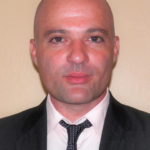 In his current capacity, Petar Ljujic acts as a Global Trade Compliance Director at Siemens Healthineers for the EMEA region. Prior to joining Siemens Healthineers, he worked in Aerospace and Defense sector as a Trade Compliance lead for UTC Aerospace Systems and Esterline Corporation. With over 15 years of experience in international trade laws and regulations, Petar is a subject matter expert in customs law issues, export controls and trade sanctions. Petar holds a Master’s degree in International Customs Law and Administration (Law School & University of Canberra) and a Post-Master’s degree in EU Customs Law (Erasmus School of Law). He is a Licensed Customs Broker, Certified Customs Specialist, and appointed Designated/Empowered Official in Canada. 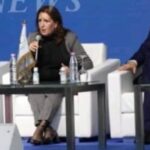 Nacira Haddad is the Vice-president of CAPC. She is also an independent expert specializing in SME development support programmes and entrepreneurshi and the Director of the business consulting firm INCOSYN. She has more than more than 20 years of proven experience in project management of industrial strategy, industrial development and institutional support. Proven experience in carrying out missions   relating to local development and the attractiveness of territories, gender, integration and employability of women and young people  through entrepreneurship. 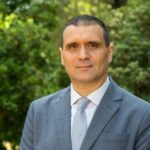