Women’s access to leadership, a driver of change for a stable and prosperous Euro-Mediterranean region

On the eve of the next Global Meeting which will be held for the first time in Paris at the Carrousel du Louvre on 5 and 6 October 2017, under the theme “Engage for impact! Daring to lead in a disrupted world”, the Women’s Forum will bring together over 2000 influential, distinguished women and men, who will challenge, act, debate, innovate and provide their vision in a world that is full of challenges.

The Women’s Forum goes far beyond the question of parity, and its primary mission is to grasp the issues affecting the whole of society, and therefore those issues affecting women. We need innovation in order to expand on ideas so as to eventually escape from traditional views and offer real conditions for efficient and effective change. This is precisely what the Women’s Forum is committed to: translating the discussions that emerge from the event into concrete solutions, and to follow the advances made by female and male leaders in the subjects that matter to us all.

[ufm_quote]We need innovation in order to expand on ideas so as to eventually escape from traditional views and offer real conditions for efficient and effective change.[/ufm_quote]

These days, there is still a virtual absence of women in decision-making positions and in public policy-making. Admittedly certain projects do exist, particularly legal and regulatory projects, but the reality is that things are not progressing very quickly. Admittedly, Scandinavian countries are pioneers but if we fail to act, it would take centuries for women to obtain true equality with men. All the statistics and studies prove it.

The societies, businesses and countries that practice gender parity are more prosperous and harmonious than others. This means not only righting secular injustices and re-establishing equality, but also allowing for a better life for the population as a whole. To that end, the measures taken by public authorities to ensure a balance between professional and family life also benefit fathers. For example, the Copé-Zimmerman Law of 2011, which obliges companies to compose their boards of at least 40% women, has had three very beneficial effects on the quality of Boards: professionalisation of recruitment, globalisation and younger members.

When we created RAISE with Gonzague de Blignières, we made parity of recruitment obligatory at all hierarchical levels. Some countered with the objection that the role of Private Equity was almost exclusively male. Nowadays the matter is no longer an issue. Every person brings their skills and personality, and this harmony is of crucial importance in our performance.

Regional cooperation must also take the lead in women empowerment. Could the Union for the Mediterranean (UfM) implement a common regional agenda that steadfastly engages the 43 member countries to rally together in order to effectively boost the participation of women in economic and political life, both locally and globally? In the Mediterranean region, women only have a 25% share in the labour market. One of the UfM’s responsibilities lies in providing the means to fight against this disparity.

Let us acknowledge the actions that have already been carried out. Several regional cooperation projects have been launched in support of women’s empowerment in training, access to leadership, entrepreneurship, economic participation and education. The project “Forming Responsible Citizens” for example, has largely contributed to the prevention of violence against young girls and women by implementing an updated civic education programme in Morocco and Tunisia. The project “Developing Women Empowerment”, promoted by the Euro-Mediterranean Women’s Foundation, has in turn assisted women on a local level, particularly thanks to the establishment of neighbourhood projects.

These targeted initiatives lead the way in protecting women, providing them support with their integration into society, providing a necessary premise to greater stability and better prosperity for these countries. The Women’s Forum is a part of this recognition and this fight. It acts as a platform and sounding board for action for all men and women who stand up for it, for those who dare so that every person can find their place in a changing world full of opportunities and threats, a world in which women and men must willingly unite to act. 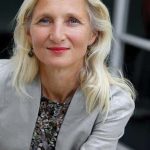 Clara Gaymard is co-founder of RAISE France, investment and endowment fund. She is also the President of the Women’s Forum since 2015. She was President and CEO of GE France from 2006 to 2016. Gaymard began her career in 1982 at the City of Paris. She was then Auditor and Referendum Advisor at the Court of Accounts from 1986, then Commercial Counselor at the Economic Expansion Office in Cairo in 1991. In 1995, she became Cabinet Director at the Ministry of Solidarity between Generations. She then led the “SME Mission” until 2003 to the Ministry of Economy and Finance, before being appointed Ambassador Delegate for International Investment and Managing the French Agency for International Investments (AFII).