6-20 November 2022, Sharm El-Sheik. For the first time in the Conference of the Parties’ (COP) history, the 27th edition hosted a Mediterranean Pavilion. The initiative was conceived by the UfM to highlight both the urgent challenges the Mediterranean is currently facing, and the innovative solutions already being developed, raising awareness on a region overlooked in the climate negotiations.

Located in the COP27 Blue zone, the Mediterranean Pavilion hosted more than 60 events and working meetings, and provided an exceptional opportunity for the region to talk and act as one, bridging the voices of public and private, scientific and academic, technical, policymaking, civil society, finance, and business actors. In an innovative approach, the Mediterranean Pavilion had the independent network of Mediterranean Experts on Environmental and Climate Change (MedECC) as a scientific council advising its activities, further enhancing the science-policy nexus.

I took part of the first week of meetings, notably in the official opening of the Pavilion, in the presence of the Mayor of Amman, the Ambassadors to Egypt of Jordan and the European Union, as co-chairs, as well as the Anna Lindh Foundation President, HRH Rym Al-Ali, Morrocan Minister of Energy Transition and Sustainable Development. Leila Benali, as well as Jordan’s Minister of Environment, Muawieh Khalid Radaideh.

Among the highlights of my agenda at the Mediterranean Pavilion:

Presentation of the Blue Mediterranean Partnership, with EIB and EBRD, to support the development of a sustainable blue economy in the European Union’s Southern Neighbourhood countries in the Mediterranean region. The Blue Mediterranean partnership intends to create a new financial vehicle, pooling contributions from donors and beneficiary countries in the Southern Neighbourhood, to provide both capital expenditure and technical assistance grants for sustainable blue economy projects, that will help close an estimated 6 billion euros investment gap in the next 8 years.

Launch of the International Drought Resilience Alliance, with the UN Convention to Combat Desertification, which the UfM has observer status to, Spain and the European Commission, among other partners. The Alliance will function as a collaborative platform that catalyses political momentum and mobilizes resources for targeted actions to enhance drought resilience in countries, cities, and communities.

Signature of the “Sustainable Electricity Trade Roadmap” by Morocco France, Germany, Portugal and Spain, with the support of the UfM. The initiative aims to facilitate the ‘mutually beneficial’ exchanges of renewable electricity between Morocco and the four EU countries, recognizing the benefits of regional electricity market integration.

Expansion of the Programme for Energy Efficiency in Buildings (PEEB-MED), with a budget of 460M euros. PEEB Med will benefit 14 million people and help avoid 1M CO2 tonnes of equivalent over 50 years. COP27 marked a new scaled up phase for the programme, which was launched at COP22 in 2016, in Marrakech, with an extension to 7 additional Mediterranean countries.

Moreover, I had the opportunity to exchange with several key partners from the region, ranging from Prince Albert II of Monaco Foundation, the European Centre for Medium-range Weather Forecast (ECMWF), the German Development Agency (GIZ), Sida, PRIMA to Plan Bleu, MedECC, EMEA and ALF. 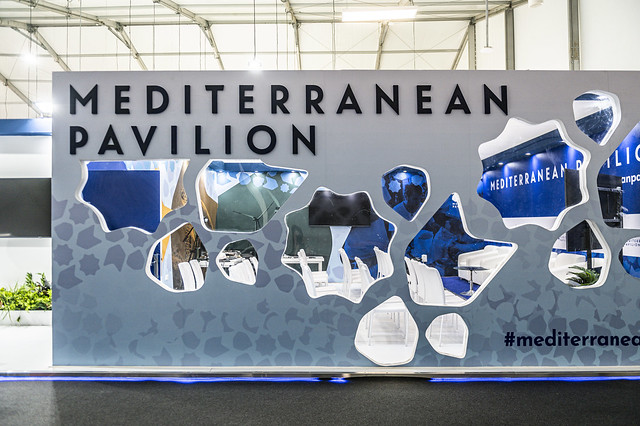