9 December 2021. The North-South Prize of the Council of Europe  will be awarded to the Mediterranean Experts Network on Climate and Environmental Change (MedECC) for the elaboration of the first-ever scientific assessment report on the impact of climate and environmental change in the Mediterranean basin. The MedECC Network will be represented by Professors Wolfgang Cramer and Dr Joël Guiot.

Back in 2020, on occasion of the 25th anniversary of the Barcelona Process, the Union for the Mediterranean proposed the nomination of MedECC to the 25th edition of the North-South Prize of the Council of Europe. The MedECC network is a unique example of cross-regional scientific cooperation in the Mediterranean region and stands out for its commitment to support the global fight against climate change, one of the biggest threats we face today.

The North-South Prize Jury recognized the work of MedECC as “leading example of the potential of collaboration between states and societies to face the challenges of climate change and environmental sustainability, as well as a response to the need for scientific and expert cooperation to produce knowledge-based analysis as a sound basis for policy”.

For a period of six years, nearly two hundred scientists from the MedECC network assessed more than 3800 articles and reports in the scientific literature about the current risks for the Mediterranean Basin, presenting their findings in a comprehensive report. This large assessment was only possible due to the voluntary contributions from all these experts.

Professor Wolfgang Cramer, from CNRS (France), mentioned that “it is very encouraging for us and all our colleagues that the Council of Europe recognizes the role of this work for people in the region so prominently – this now needs to be followed by political action to avoid further loss of lives and assets”.

“The sharing of experience among scientists from nearly all Mediterranean countries was a hugely rewarding part of this work”, said Dr Joël Guiot from CNRS (France). And he added, “potential for adaptation to these risks and for some mitigation of their causes are possible, but much stronger financial efforts are necessary, well beyond those proposed by the COP26”.

The Secretary General of the Union for the Mediterranean, Nasser Kamel, underlined how “The Mediterranean Sea is a fragile ecosystem that suffers from different ills such as biodiversity loss, overfishing, pollution, coastal degradation, and marine litter, among others. Policies for the sustainable development of Mediterranean countries are urgently needed to mitigate these risks but policymakers lacked adequate information. This is why the MedECC initiative, supported by the UfM Secretariat, constitutes a leading example of the potential of the Euro-Mediterranean scientific and policy-makers community working together creating solutions for a better future”

Established in 2015 with the support of the UfM Secretariat and the UN environment, during the preparations for the UN Climate Conference COP21 in Paris, the MedECC network now involves more than 700 scientists from 35 countries from the Mediterranean and Europe. Inspired by the open science-based and policy-oriented approach of the Intergovernmental Panel on Climate Change (IPCC) and the Intergovernmental Platform on Biodiversity and Ecosystem Services (IPBES), MedECC demonstrates the potential of collaboration between independent experts studying all aspects of environmental sustainability.  The full First Mediterranean Assessment Report “MAR1”, with a Summary for Policymakers in English, French, Arabic, Spanish (Castilian) and Catalan is freely accessible at http://www.medecc.org 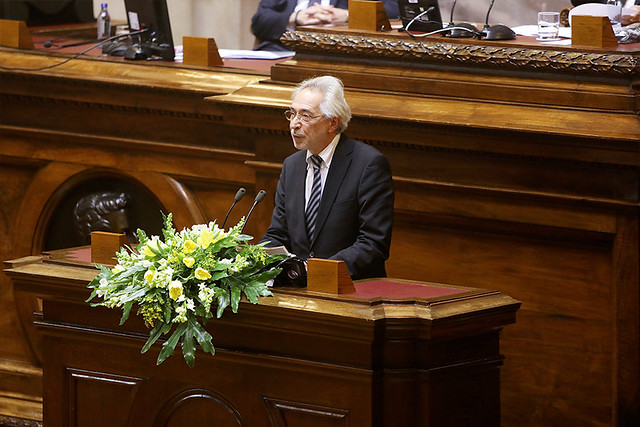