Gender justice in the Euro-Mediterranean area: Strengthening the role of women in society by engaging men and boys

Gender justice is one of the pillars of the work of the Union for the Mediterranean (UfM) and therefore women’s empowerment one of its core goals. Unequal distributions of power and resources do affect our sense of (well)being and our possibilities of actions in the world in relation to others. Thinking about this in relation to gender justice means examining the current challenges and uneasy pathways women and girls are facing on the way to gender equity and empowerment. As well described by transnational analyses, obstacles on the way to gender justice can be related to cultural norms and expectations, economic situations, interpersonal relation of power, unequal division of labor: obstacles are contextual and as well are the product of interaction between local and global geopolitical dynamics.

Despite the difference each context might encounter, this problem is common to the whole Euro-Mediterranean region. The 43 member countries of UfM agreed upon a common framework of action during the Istanbul Ministerial Conferences in 2006, in Marrakech in 2009 and in Paris in 2013. On occasion of the UfM Conference in 2015 in Barcelona, the focus has been on Fostering Women’s Participation in Economic Life and on its obstacles: women’s low presence in paid labor, with only 25% in North Africa and the Middle East, and 50% in countries of the North of the Mediterranean; low wages – with lower wages of 10-40% – and a low level of access to positions of responsibility and decision-making. Importantly, if women’s economic independence means equal and fair women’s participation to economic life, the latter is necessarily and intimately connected with tackling fundamental issues such as the current unequal share of care, domestic and reproductive unpaid labor performed by women in our societies. Next to this unbalanced gendered division of care labor, major issues to work on for gender justice are discrimination, violence and legal inequalities affecting women in the euro-Mediterranean region. Problematically, main issue faced by women and girls of the region is gender-based violence, including virtual forms of discrimination and harassment.

[ufm_quote]If women’s economic independence means equal and fair women’s participation to economic life, the latter is necessarily and intimately connected with tackling fundamental issues such as the current unequal share of care, domestic and reproductive unpaid labor performed by women in our societies.[/ufm_quote]

In order to promote gender justice in the region it is necessary to work on the sociocultural norms that legitimize unfair ways of thinking, unequal share of unpaid and care work, and violent misogynist practices. Considering the roles of boys and men in relation to gender justice is of pivotal importance so to understand more adequately how men’s practices contribute to current inequalities, and thus to identify men’s responsibilities in favor of positive changes. When men are part of the problem, they are also part of the solution, as MenEngage Alliance argues when addressing boys and men as agents of change towards gender justice.

The personal engagement of boys and men is crucial to responding to the challenges of the region: to promote the equal sharing of care and unpaid labor, vital to the functioning of the economic life of society; to support the education of girls and boys beyond stereotypes; to increase health for women and men; to disseminate gender-awareness among the population; to address men’s role and responsibility in fighting discrimination, preventing violence and combating human trafficking. Involving boys and men in community initiatives that foster caring masculinities can help shifting those norms that are harmful not only to women but to men as well. As the International Men and Gender Equality Survey (IMAGES) on men in the MENA region shows, the social pressure to perform according to hegemonic masculinity norms is at the base of men’s limited emotional expression and resistance to challenging patriarchal roles. On the other hand, at least one quarter of men in the survey responded positively to more open and equitable views. MenEngage and Promundo agree that the involvement of men in caring roles and responsible fatherhood is key in the EuroMediterranean region, contributing to challenging restricting social norms for both women and men, helping disengaging masculinity from circles of violence especially in areas of conflict, promoting women’s agency and subjectivities. Significantly, a global justice awareness is necessary to understand how local inequalities affect the ways in which gender inequalities are reproduced, reinforced or challenged in each context. 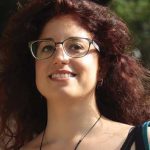 Krizia Nardini is a researcher and a PhD Candidate in Anthropology and Gender at the Universitat Oberta de Catalunya (UOC, Barcelona) and she is member of AtGender: European Network for Gender Research and Documentation. Trained in Philosophy (University of Siena) and in Gender Studies and Feminist Theory (MPhil, Utrecht University), with a qualitative ethnographic approach Krizia’s current PhD work addresses the ways in which men’s practices can be reconfigured through the involvement of men into gender justice mobilization. Committed to working through academic-activist engagements, Krizia acts as researcher and advisor for MenEngageEurope, serves locally as educator and gender justice advocate, and in 2015 she started with Begonya Enguix and Paco Abril (UOC, Barcelona) the project Men in Movement that will organizes in November 2017 the international workshop: Men in Movement, III: Decolonizing Masculinities:(Re) configuring Bodies, Affects and Politics. Krizia recently co-edited with Stefano Ciccone the special issue on masculinities for AG About Gender – International Journal of Gender Studies.