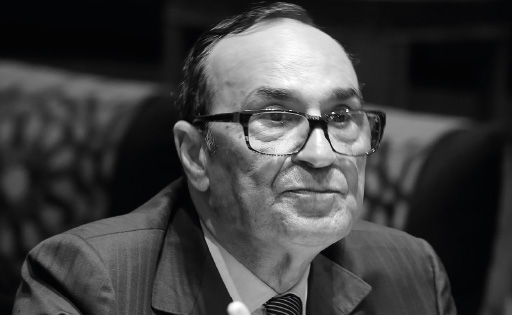 EUROMED: What does
the future hold?

The Barcelona Process will soon be celebrating its 25th birthday. A quarter of a century that was a pivotal period, mixing uncertainty with optimism. Closing a century and starting a new millennium is a delicate passage to navigate. We’ve come to the end of an era of certainty about how fixed the parameters of the world are. We have quickly realised that globalisation does not quite correspond to the glittering vision set out by the world’s leading lights, as a miracle cure for all the ills of our civilisation.

Plagued for years by political-ideological divisions and protectionist reflexes, our global society now knows that it can only evolve through diversity because, although virtually connected, the world is far from being a global village. The ongoing quest for a universal human ideal does not change the fact that the world is made up of cultural communities, human groups, regions, geographical areas and continents.

The Mediterranean basin is a historic intercontinental crossroads where communities, cultures, and faiths have contributed for centuries to the enrichment of humanity’s shared heritage.

A committed Mediterranean, Morocco has always followed the strategic structuring choices made by the countries that make up the nerve centre of the contemporary world. It has been working for decades to establish a presence on the European stage, a process that has so far earned it advanced status with the European Union and made it a partner for democracy with the Parliamentary Assembly of the Council of Europe, a title Morocco has had since 2011.

Long before the launch of the Barcelona Process in 1995 and the birth of the UfM at the Paris Summit in 2008, Morocco, a founding member, was making the case for the Mare Nostrum as a melting pot of mankind’s most brilliant civilisations and an indispensable space that must be preserved and enhanced, even as the world’s centre of gravity is shifting to other latitudes.

An African proud of the many tributaries that have forged his personality, the Moroccan also feels very Mediterranean. He is Mediterranean through his spirituality, his tolerance, his openness, his culinary tradition and his sense of family and respect for elders. The Mediterranean is ever-present in public debate and in the academic world. The Euromed University was not founded in the city of Fes by accident.

Just 14 kilometres away from the European continent, Morocco is frequently drawing attention to the ever-widening gap between the two Mediterranean shores. It has long denounced how such an important sea has been transformed from a significant source of life to fatal waters where those most vulnerable, fleeing poverty, drought or even conflict often fall into the hands of exploitative smugglers and perish.

Along with its bilateral cooperation with the countries of the European Union to establish a unified and effective approach to the migration issue, Morocco considers the Barcelona Process and the Union that set it in motion an important framework for dialogue between the 43 UfM Member States, where the countries most affected by migratory flows between the two continents can voice their concerns. It is evident that migration can only be approached as an extension of the deep-rooted issues that cause it. Indeed, it is an extension of the endemic socio-economic deficit of the countries of the South.

Now is the time to take action. 25 years of dialogue is more than enough time to have established sufficiently diversified Mediterranean cooperation. We know now that differences in political viewpoints can be overcome by launching projects that are mutually beneficial for all involved and stimulate the socio-economic development of member nations.

Maintaining shared frameworks for dialogue across the Mediterranean is more important than ever. In light of the worrying trend towards unilateralism, we must work to further consolidate multilateralism and the protection of international law that it provides by encouraging regional actions such as the Euro-Mediterranean Partnership.

In celebrating our Union coming of age, we must bear in mind that we are beginning a new phase of consolidation. In this phase, we will have to launch practical, shared projects that are both profitable and have a positive impact. We must also aid the people of Libya by helping to re-establish peace. Moreover, we will be expected to overcome bilateral misunderstandings, with the finalising of the Arab Maghreb Union (AMU) as the end goal. Once the AMU is fully operational, it will fundamentally change the nature of trans-Mediterranean interaction.

By joining forces, Maghreb countries will be able to trade with their northern Mediterranean partners, looking to the future together. And in the meantime, the African solidarity that Morocco has successfully encouraged could represent a significant advantage to further Maghreb integration. The AMU could then position itself as a strategic Mediterranean bridge to promote shared Euro-African prosperity.

We dare to believe that our Northern partners will have much to gain from having stable neighbours on their doorstep, who are developing in a significant and long-lasting way.