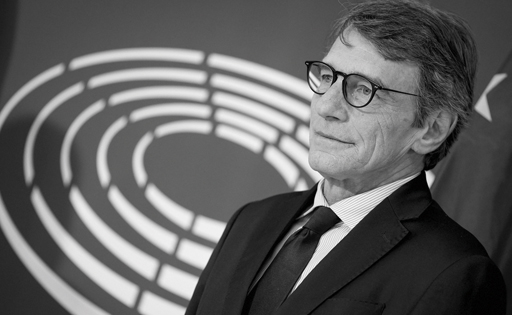 Europe and the challenges of the Mediterranean region

In these times of adversity, the European Union needs to reinforce its dialogue and cooperation with its partners from the eastern and southern shores of the Mediterranean.

As we approach the 25th anniversary of the Barcelona Process, I strongly believe that the best way to celebrate this milestone is to continue working together to achieve the objectives set out in 1995: to build an area of peace and stability, of shared economic progress, dialogue and understanding between the peoples and cultures around the Mediterranean Sea.

This is a daunting task. To begin with, the geopolitical borders of our common region are increasingly fluid due to the complex dynamics of a region at the intersection of three continents – Europe, Africa and Asia.

Over the past 25 years, the Mediterranean region has faced growing challenges in terms of stability. These are due to the persistence of old unresolved conflicts and the emergence of new ones, compounded by increasing imbalances and inequalities. Conflicts have arisen not only between neighbour countries, but also within each of our own societies.

The current COVID-19 pandemic emergency is worsening the fragile social and economic situation in many countries. Hundreds of people continue to drown in the Mediterranean as they desperately try to reach European shores. Victims hope only to escape war, oppression and poverty.

The 2011 Arab Spring and the introduction of some democratic reforms created hope and expectation amongst citizens for a better and more inclusive future. However, the countries have followed different paths and the hopes have largely not been realised and the conditions that led to social protest are more present than ever – and not only in the Arab world, but to varying degrees and in different ways, in each of our countries.

In these times of adversity, the European Union needs to reinforce its dialogue and cooperation with its partners from the eastern and southern shores of the Mediterranean. Our citizens know that the world is facing global challenges, which can only be met through effective international cooperation.

While fully respecting fundamental rights, we need to find concrete and common responses to the epochal challenge of refugees and migration. Preventing regional conflicts and fighting intolerance, racism, extremism and terrorism must remain top priorities.

We must mobilise all our common resources to face the enormous challenge of climate change, which is already seriously affecting all Mediterranean countries. Countries in the Mediterranean basin have seen a shift in the environmental balance, greater pollution, growing water shortages and uncontrolled urban growth and property speculation, especially along the coastline.

Last but not least, we must focus our collective attention on youth and on education: demographic trends in countries with young populations represent real opportunities for our region – but only if we are able to create new and sustainable jobs, which offer a sense of dignity and belonging to each of our young people.

The European Parliament will assume the rotating presidency of the Parliamentary Assembly of the Union for the Mediterranean (PA-UfM) for 2020-2021 and will focus on reinforcing the inter-parliamentary dimension.  In that regard, the EU national parliaments and the parliaments of the Southern Neighbourhood play a vital role in fostering regional dialogue and cooperation and ensuring greater transparency and political accountability. The European Parliament will work closely with the national parliaments to strengthen the political dimension of the Mediterranean partnership, and counter the worrying drift towards nationalism and populism emerging in most of our countries, on all shores of the Mediterranean.

The European Parliament also intends to focus more on our collective response to climate change. The Mediterranean region is warming 20 % faster than the rest of the planet. In one of the main climate change hotspots in the world, we must share experiences and knowledge about this challenge, support projects and initiatives related to low emission and climate resilient development and exploit the economic potential offered by renewable energy sources. The PA-UfM provides an excellent forum for such cooperation. Fighting and mitigating climate change in the region through sustainable development will represent the cornerstone of our presidency.