Meeting of the UfM Energy Platforms: towards a sustainable Energy Transition in the Mediterranean

The Observatoire Mediterranén de l’Energie presented the recently published the “Mediterranean Energy Perspectives 2018” that shows the current energy trends in the region, forecasting potential 2040 scenarios. Per capita energy demand in Southern and Eastern Mediterranean countries will increase of more than 62% (compared to current levels) by 2040. The Mediterranean region faces important challenges in the years to come but offers a great deal of opportunities to be seized.

Several completed or ongoing studies on key issues for the energy sector in the region such as grid connections, regulatory options for the stimulation of infrastructures investments, smart grids, the implementation of a statistics code of practice, or the role of LNG in the Euro-Mediterranean region interalia were discussed, showing the potential that exists in the region.

The advancements of the Mitigation Enabling Energy Transition in the Mediterranean Region (MEETMED) project were presented. MEETMED is a 2-year project, aiming at fostering the energy transition at country level throughout all Southern Eastern Mediterranean countries (SEM) under the European Neighborhood Instrument (ENI). It intends to assess energy efficiency and renewable energy sources strategies and policies, attract responsible and sustainable investment and support the UfM Renewable Energy and Energy Efficiency Platform. 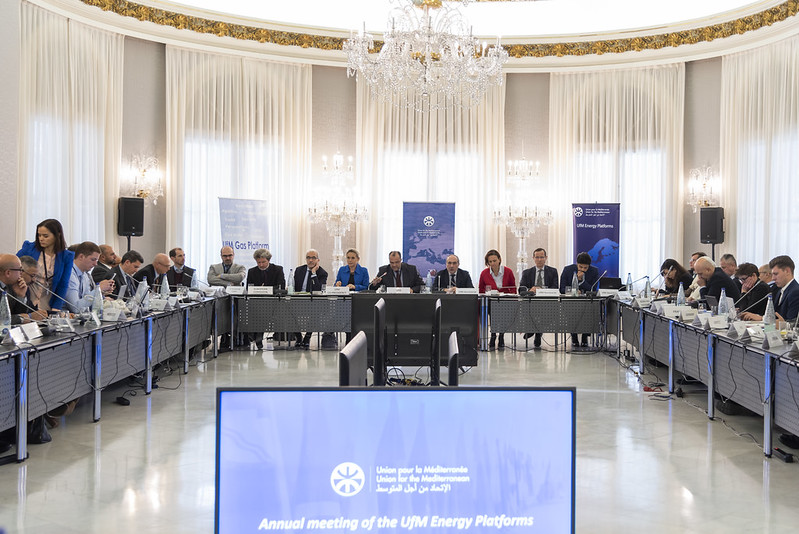