The overall goal of the BlueGreen Med-CS project was to build cooperation among Euro-Mediterranean Civil Society Organisations (CSOs) dedicated to water and the environment, in order to maximise their contribution to sustainable development in the region.

Through a capacity-building programme and a small grants scheme, the project enabled CSOs to acquire skills in various areas of sustainable development. These areas included wetlands, water management, water efficiency, environmental education, and marine litter. The countries initially involved were Albania, Algeria, Egypt, Lebanon, Morocco and Tunisia. Through the integration into the EU funded SWIM-H2020 Support Mechanism and the partnership with the GEF/Small grants Programme, BlueGreen extended its geographical scope to the wider southern and eastern Mediterranean countries.

Throughout the process, public authorities were involved in the activities organised, strengthening cooperation between selected Mediterranean CSOs and national authorities.

This project responded to regional priorities set out by governments at the Paris Summit for the Mediterranean (13 July 2008); the Adopted Actions of the Contracting Parties to the Barcelona Convention for the Protection of the Marine Environment and Coastal Region of the Mediterranean and its Protocols; and the specific priorities identified in the Ministerial Declaration on Environment and Climate Change (13 May 2014). These priorities include the de-pollution of the Mediterranean Sea, which was identified as one of the six key initiatives at the Paris Summit. The project emphasised the contributions of CSOs in achieving environmental and climate-related objectives. This UfM project enhanced ongoing regional projects in the field of learning-by-doing capacity-building activities. 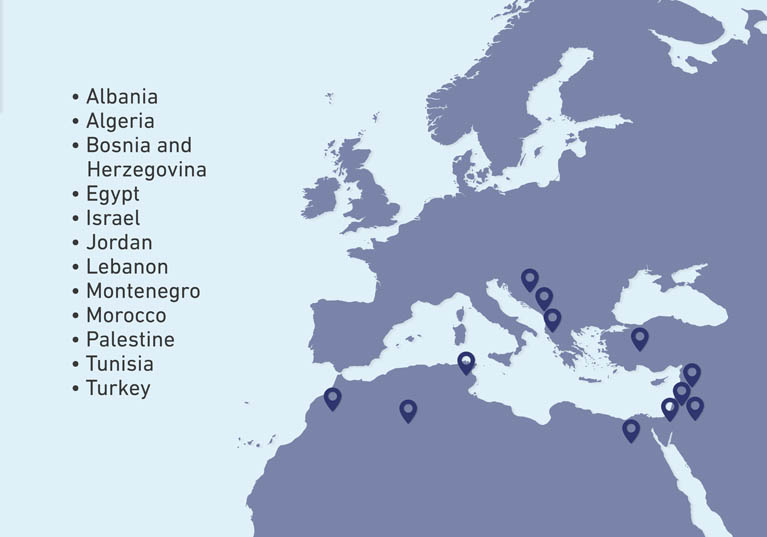 Delivering capacity-building programmes supported by a grants scheme for initiatives focused on environmental and water issues.

Promoting partnerships between beneficiary CSOs and other CSOs with experience in specific water and environmental topics.

Strengthening existing networks by including emerging and/or thematically specialised CSOs.

The technical, organisational and institutional capacities of at least 120 Mediterranean environmental CSOs were strengthened to work more efficiently and sustainably.