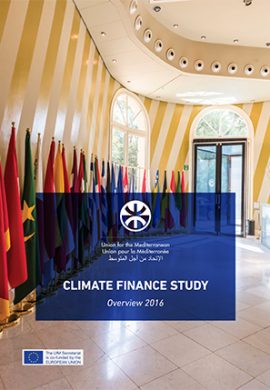 In 2010, developed countries committed to raising USD 100 billion per year until 2020 to support climate change mitigation and the needs of developing countries to adapt to climate change (UNFCCC, 2010). This was confirmed in the 2015 Paris Agreement.

Such climate funding has been sourced and disbursed through a wide variety of public, private, bilateral, multilateral and alternative sources.

Dedicated climate funds such as the Green Climate Fund (GCF) and the Adaptation Fund (AF), for example, operate under the United Nations’ Framework Convention on Climate Change (UNFCCC).

Multilateral sources include Multilateral Development Banks (MDBs), such as the World Bank (through its Climate Investment Funds), or the European Bank for Reconstruction and Development (EBRD) through its Green Economy transition approach.

Bilateral sources include the Norwegian International Climate and Forest Initiative (NICFI) or the German International Climate Initiative (IKI), to name a few. Bilateral development finance with climate objectives comes from donor countries through their national development agencies, for instance France’s Agence Française de Développement (AFD), the German GIZ, the Swedish SIDA, the Danish DANIDA or the Spanish AECID. Funding may also be disbursed through collaborations between public and private entities and funds.

In view of this heterogeneous funding landscape, the Union for the Mediterranean (UfM) requested the Integrated Maritime Policy (IMP) and Climate Change project facility to fund technical support to produce an overview of the climate finance flows to the region in 2016. The primary aims of the assignment are to:

• Provide a preliminary overview on the amount and type of climate finance delivered to the UfM during 2016, with a view to identify the contribution of the USD 100 billion pledge to the UNFCCC.

• Subsequently, provide background research and analysis to describe the context and current state of climate finance in the UfM during the last few years.

The objective of the study is in line with the mission of the UfM’s Regional Finance Cooperation Committee for Climate Action, who aim to initiate cooperation though information-sharing amongst International Financial Institutions (IFIs) and active donors in the region. The UfM Climate Change Expert Group also aims to ensure that all UfM Member States have an accurate understanding of the regional context for the development of their Nationally Determined Contributions (NDCs), and to create awareness of opportunities for synergies in the region. This report presents the results of the UfM Climate Finance Study, conducted by Climatekos, the specialist climate finance consultancy, between April and October 2017. 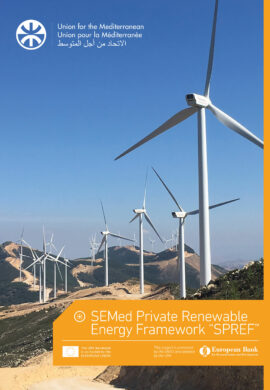 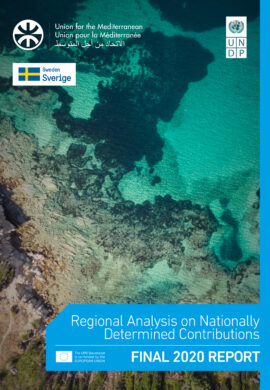 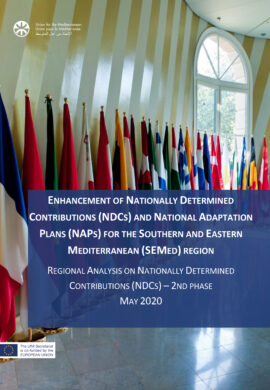 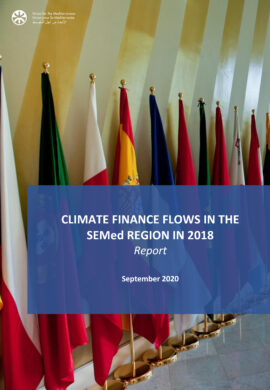