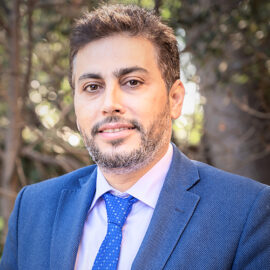 Almotaz Abadi is the UfM Deputy Secretary General for Water, Environment and Blue Economy since September 2022.

Almotaz Abadi is the UfM Deputy Secretary General in charge of Water, Environment and Blue Economy since September 2022.

He was UfM Acting Deputy Secretary General for same division between Sept 2015-Aug 2016. At the UfM, he had led the initiatives to revitalize the water political process in the Mediterranean, including achieving a Ministerial Declaration and approving a regional water strategy.

Before the UfM, he was the director of the Aid Coordination & Management Unit with the donor community and the Government of Palestine in the water and related sectors.

He has a Master degree in water resources management and in Governance, leadership and multilateral cooperation on resources.