Together towards the advancement of women

It is with great pleasure that I accept the challenge of contributing to this text for the Cairo Ministerial Conference on Women in the framework of the Union for the Mediterranean – UfM. This Conference will gather representatives of Governments and civil society from a wide and heterogeneous regional area. Hence, this is a privileged space for debating the situation of women and a unique opportunity to deepen cooperation within the Mediterranean Countries from a Human Rights perspective.

Undoubtedly, it is not possible to consolidate Democracy without respect for the human rights of women. The process of establishing the democratic regime in Portugal (1974) was also an opportunity to break from the past regarding the situation of women. The Constitution of 1976, which established equality for women and men at all levels, has made a decisive contribution to this understanding and has made possible a new legal framework. This ensured not only that all people are equal before the law but also gave the State’s obligation to promote equality between women and men.

[ufm_quote]”The promotion of girls’ access to education in Portugal led to an equal participation of girls and boys throughout compulsory education, with the female illiteracy rate decreasing from 31% in 1970 to 6.8% in 2011.”[/ufm_quote]

However, despite the decisive importance of the Constitution and the law, de facto equality must still be ensured. Therefore, soon after the consolidation of democracy, a governmental mechanism was created in 1977 that, following successive reorganizations, gave rise to the current Commission for Citizenship and Gender Equality (CIG), celebrating its 40th anniversary this year. In Portugal, the CIG is responsible for implementing public policies to promote and protect gender equality, including policies to combat domestic and gender based violence as well as trafficking in human beings.

In order to achieve the above mentioned de facto gender equality, specific public policies have been developed and implemented since CIG’s inception based on the competences ascribed in its organic law. Since the 1990s it took on a more structured approach based on a succession of National Action Plans. Presently a new National Strategy for Gender Equality is being prepared with a broader and longer term approach following the 2030 Agenda for the implementation of the Sustainable Development Goals.

The efforts made in the last 40 years to promote equality between women and men have resulted in a very significant improvement in the situation of women in Portugal in various fields. One of these fields is Education. The promotion of girls’ access to education led to an equal participation of girls and boys throughout compulsory education, with the female illiteracy rate decreasing from 31% in 1970 to 6.8% in 2011. As for higher education, currently almost two thirds (61%) of the Portuguese population with higher education are women.

As regards professional activity, which is a fundamental element for the economic independence of women, the Portuguese women’s participation in the labor market is among the highest in the European Union at 67.4% (2016). Another area where female representation was scarce is Civic and Political participation. In the first democratically elected parliament in 1975, the representation of women was only 8.9% and 1.9% cent in the first Government. Despite the improvement in the status of women in other areas of social life, politics continued to be a predominantly male activity until the adoption of the so-called Parity Law in 2006.

It was thus possible to reach the present values of 33% of women in the national Parliament elected in 2015. Currently the national Government has a representation of 30.5% of women. Also, with regard to the presence of women in economic decision-making this year a law was passed that establishes a minimum threshold of 33.3% for the underrepresented sex in managerial and supervisory bodies of public sector companies as well publicly traded companies.

Another relevant measure to fight inequality of responsibilities within the family was the adoption of legislation on parental leave to working parents, which recognizes the right of men to exercise their paternity rights granting them exclusive licenses since 1999, as well as the possibility of sharing parental leave with the mother of the child. The above mentioned measures are part of a holistic strategy to fight the gender stereotypes that define the roles attributed to women and men since their childhood.

Such social representations condition individuals’ choices throughout their lives in the personal, family and professional contexts. But it is within the educational system that there has been a greater effort to deconstruct these discriminatory gender stereotypes. An in depth and continuous work has been developed in what regards teachers training, the production of educational resources, as well as the revision of school curricula and provision of guidelines for school manuals’ editors with the purpose of promoting gender equality practices in education.

When talking about the progress in gender equality in Portugal it is also important to highlight the work that has been developed in combating gender based violence. This is a persistent problem that continues to affect Portuguese society, and indeed most societies, as it has deep roots and therefore difficult to eradicate. This once invisible, ignored and tolerated phenomenon has now gained visibility and public condemnation.

Gender based violence, including domestic violence, is considered to be a serious violation of human rights and has been the subject of national action plans since 1999 focusing on the prevention of the phenomenon, the protection of the victims and the punishment of the perpetrators. Portugal’s commitment to combating gender based violence is evident in the fact that it was the first country in the European Union to ratify, on 5 February 2013, the Council of Europe Convention on the Preventing and Combating Violence against Women and Domestic Violence – Istanbul Convention.

Despite the many progress made in the situation of women, both in Portugal and in other countries, de facto inequalities remain that need to be addressed.

Objectives such as the promotion of gender balance in decision-making, whether political or economic, or the deepening of equality in the labor market and the sharing of responsibilities (professional, personal and family), are far from being achieved, denying women a full exercise of their rights and legitimate aspirations.

I firmly believe that the Regional Dialogue Process on the Empowerment of Women, launched by the UfM is a decisive instrument for improving the situation of women in the Euro-Mediterranean region in the various social fields. For this reason it is a great honor for Portugal to host the 4th High Level Conference on Women in the second half of 2018. We are certain that this forum will be another relevant step towards strengthening the crucial role of the UfM in protecting and promoting women’s rights in our region. 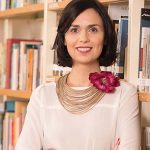