The conference achieved its objective of strengthening the Government of Palestine’s ability to rehabilitate and reconstruct the Gaza Strip by securing USD 5.4 billion in financial pledges, as well as by presenting a unified call for improved access of materials to Gaza through existing channels negotiated by the United Nations. President Abbas personally met with UfM representatives to discuss the progress on the Desalination Facility project and appealed to the UfM Secretariat to catalyse both its technical and financial development together with other key partners. 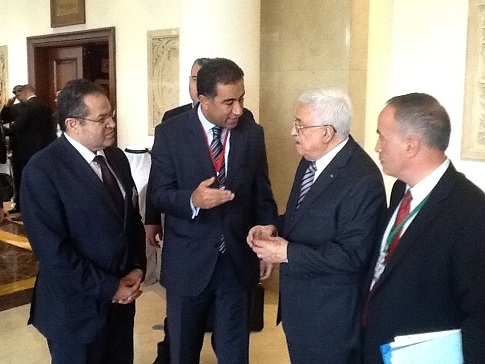 On 22 June 2011, the 43 member countries of the UfM unanimously endorsed the Desalination Facility for the Gaza Strip as a project not only vital for the Palestinian population but also featuring a strong regional impact. The project aims to build a large-scale desalination plant and a north-south water carrier that will supply drinking water to more than 1.7 million Palestinian inhabitants of the Gaza Strip, thereby presenting a long-term solution for the chronic and longstanding water shortage in Gaza. With the contamination of the underlying coastal aquifer already above 95%, this water crisis has been further aggravated by the recent destruction of water and sanitation infrastructure in the Gaza Strip. It is estimated that 100% of the groundwater will not meet WHO standards as fit for consumption by 2016.

The UfM delegation welcomed the initiatives taken by Norway and Egypt and stated that “the UfM stands ready to support the efforts by the international community to address the urgent and long-term needs of the Gaza Strip during this challenging period of reconstruction towards ensuring its future development, and the well-being of all Palestinian people”. The statement stressed the humanitarian, environmental and developmental importance of this essential project which shall ensure the future habitability and development potential of the Gaza Strip.

The UfM Secretariat has been working closely with the Government of Palestine by helping to secure the engagement of a number of international financial institutions and international organisations in this initiative. Outstanding efforts have been led by the European Investment Bank to advance technical preparations for the desalination plant, including a EUR 4 million technical assistance operation financed by the European Commission that will allow the Palestinian Water Authority to tender engineering, procurement and construction before the end of December this year. This flagship project counts on the support of a consortium including the European Investment Bank, the Islamic Development Bank, the United Nations and the World Bank.

More information on the Conference can be found here: http://www.mfa.gov.eg/gazaconference/default_en.html