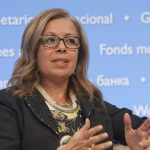 Sheeren studied business administration at the American University in Cairo. She has more than 28 years of experience as an entrepreneur and has founded several companies, including a baby clothing company and a printer cartridge recycling company that has become the number one distributor in Egypt. Sheeren also founded the NGO AWTAD for the economic development of women and youth.

Sheeren is also a facilitator, moderator and public speaker. She offers consulting and mentoring services for business start-ups.  She co-founded a marketing company (Jzoor), which supports start-ups.  She received the international TIAW Award and the Top 50 Women Performing in Egypt Award in 2017. 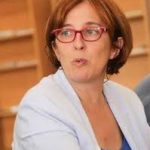 Gemma was the Head of Programme and Networks Unit of the Anna Lindh Foundation. She was also the director of the Programmes Department at the European Institute of the Mediterranean.

She is the editor and author of several articles on euro-med relations. She was also a member of the scientific committee of the UE research project Sahwa about youth in the MENA countries and the senior expert of the UfM labelled programme Forming Responsible Citizens on citizenship education in southern Mediterranean countries. 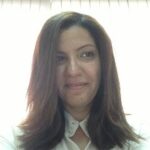 Noha is the founder and Secretary General of the Egyptian Fintech Association and a council member at the African FinTech Network – non-profit organizations working on Financial inclusion in Africa.

She is a key player in the entrepreneurial ecosystem in Egypt and Africa, mentoring many successful start-ups and collaborating with various developmental agencies. 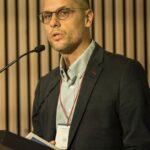 Giorgio Mosangini has a Bachelor in Political Sciences from the Université Libre de Bruxelles, Master in Development Studies from the Universitat Autònoma de Barcelona. He has 20 years’ experience in the International Development Sector in the Mediterranean and Latin America. He is involved in projects related to green entrepreneurship, civil society strengthening, local and rural development, gender and women rights or food security. He’s author of several publications and methodological guides on Sustainability, Evaluation, Decentralised Cooperation and Social Communication. He is currently the Team Leader of Green Entrepreneurship & Civil Society area at (SCP/RAC). 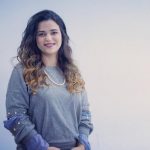 Nada Diouni, Head of the social integration enterprise KOUN Maroc and Head of Missions within the Valyans Foundation

Nada is involved in projects for the empowerment of young people in precarious situations by introducing them to green jobs through the optimization of waste management.

She is a specialist in education, youth economic empowerment and gender. She has held several positions and conducted several consulting missions within various national and international organizations. She has been appointed a member of the strategic board of the Millennium Challenge Corporation. 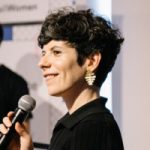 Laura is the CEO and Co-Founder of AllWomen.tech, the First Campus in Data Science, Product Management and UX/UI Design for women, by women. She is an expert in collective and innovative learning, as well as community building. She has been the COO of Makers of Barcelona for 5 years. She dedicates time to mentoring young entrepreneurs and enjoys curating tech content for brands. Laura holds a degree in Media Studies from the Universitat Ramon Llull and a postgraduate in product marketing from the Universitat de Barcelona. 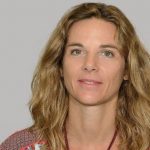 Joana has a degree in Journalism and in Business Science, a Master’s Degree in Business Communication and Digital Technologies and a Postgraduate Degree in Knowledge Management. Her professional career has developed mainly in the field of digital communication and strategic and organizational consulting.

In 2011 Joana joined the Sant Cugat del Vallès City Council as councillor for Communication, Information and Citizen Service. In 2013 she became councillor for Communication, Citizen Attention, City Promotion and Technology. In 2016 she served as deputy mayor of Economic Promotion, Innovation and Open Government. In June 2018 Joana was appointed Director General of Digital Society of the Generalitat de Catalunya. 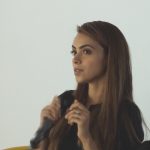 Enass is the co-founder and CEO at H2GO Power; a spin-out company that develops energy storage technologies. She completed her PhD at Cambridge University, where she also was a postdoctoral fellow. She is also an Enterprise fellow of the Royal Academy of Engineering and a technology expert consultant to the European Commission.

Enass often gives keynote speeches and participates in roundtable discussions at international forums. She recently won the visionary of the year award by MIT Tech Review Innovators Under 35 Europe. She was elected by the Cartier women’s initiative awards as one of the 18 best women entrepreneurs. 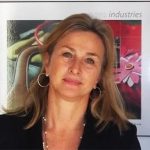 Monica Carco has worked as an International Civil Servant for UNDP, WFP, UNIDO and the Italian Ministry of Foreign Affairs for more than 25 years. Having covered representation and management positions, Monica strives to build up public and private partnerships and strategic multi-stakeholder alliances to boost local development.

Monica Carco has run several technical assistance projects in the area of private sector development, women economic empowerment and youth employment through entrepreneurship development and she is currently responsible for a regional programme in the MENA Region aiming at promoting women empowerment for inclusive and sustainable industrial development. 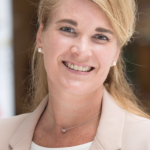 As a seasoned C-Suite Executive and Board Member with over 27 years’ experience in international technology markets, Dr. Cara Antoine is well versed in digitally transforming businesses and cultures and in improving the operational performance of organizations across a range of industries. She has enjoyed leading businesses such as Polaroid, Compaq Computer, Hewlett-Packard, Royal Dutch Shell and Microsoft Corporation to transform through digital innovations in Artificial Intelligence and the Cloud and to enable people and organizations to achieve more.

Cara has a Doctor Business Administration (DBA) degree from Bradford University, Graduate School of Management & Law, UK and the Tias-Nimbas Business School. She is also the Executive Advisory Member of the Board of Global Women in Tech. 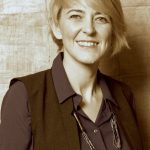 Carol is a purpose driven entrepreneur and has over 10 years experience as an entrepreneur and consultant in international business in Europe and Asia. She is specialized in growth and scaling up strategies for small and medium enterprises.

She launched her first venture, in India when she was 24 years old and since 2017, Heloise Buckland and herself have been focused on launching the first biochar production unit integrated in the rice mill. HUSK already sold 50 Tn of biochar for horticulture and they are now seeking for investment and partnerships to grow. 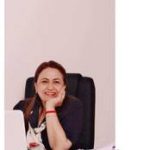 Hayet Khaled is an international expert on gender mainstreaming and statistics and on funding and implementing international programmes in the public sector of French-speaking African countries and the MENA region. She has worked on youth economic inclusion projects with the World Bank, the EU and the OECD, to promote women’s entrepreneurship and women’s empowerment through the RAIDA entrepreneurship programme.

Hayet is a member of the Permanent Secretariat of the Peer Council for Equal Opportunities and the steering committee for gender monitoring and evaluation. She is the President of the Tunisian Association GGW “Global Gender Watch” and she co-drafted the “Methodological Guide for the Integration of the Gender Approach in National Statistics”. 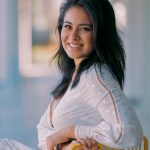 Yostina Boules is an Energy Transition Economist, advising policymakers on how best to transition energy systems to a carbon neutral system in ways that leverage Industry 4.0 technologies.

She currently focuses on Blockchain applications to scale renewable energy resources and the future power grid. 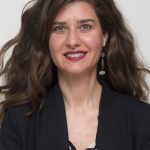 Maria Nikolopoulou has been an active member of the European Economic and Social Committee, one of the consultative bodies of the EU, for the past two years, representing the Spanish Trade Union Comisones Obreras. In the EESC she is involved in the NAT section, dealing mostly with the European Circular Economy Stakeholder platform and the Sustainable Development Observatory. She also participates in the TEN section which focuses on Transport, Energy and Digitalization. 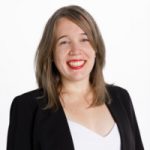 Maddie Callis leads Mastercard’s City Possible platform, a partnership model formed to unite the private and public sectors to benefit cities and drive inclusive, sustainable growth.  Maddie works closely with Mastercard’s regional teams, City governments and corporate partners to co-develop and scale urban solutions. Prior to joining Mastercard, Maddie worked at start-ups and nonprofits where she held leadership roles in operations and partnership development. She received a Master’s in Psychology from Teachers College, Columbia University and served as a Rotary International Fellow in Rio de Janeiro, Brazil where she worked in favelas and pursued graduate studies. 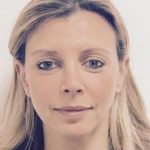 Gielan Elmessiri has over 23 years of professional experience in the areas of gender equality and women’s empowerment and development with a focus on advocacy and partnerships, policy analysis and coordination, programme design and implementation. Prior to joining UN Women, Gielan worked for the Netherlands government as Senior Policy Officer for Gender and Development. She also served as Deputy Director of the Ombudsman office for Gender Equality in Egypt and before that at Environmental Quality International, a development consultancy firm.   Gielan holds a MA Degree in Professional Development Studies from the American University in Cairo (AUC), and graduated from the Faculty of Mass Communication, AUC. 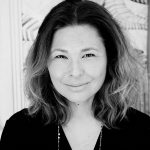 Ayumi Moore Aoki, Founder and President of Women in Tech®

Ayumi Moore Aoki is the Founder and President of Women in Tech®, a leading global organization whose mission is to achieve gender equality and women’s empowerment in STEM fields. With thousands of members in over 70 countries, the Movement reaches women worldwide through different programs focusing on education, entrepreneurship and social inclusion.

She is a keynote speaker, entrepreneur, advocate and mother of 4 children. Ayumi has significant international experience advancing women in innovation and technology, leading diversity and inclusion programs and organizing global events.

In addition, Ayumi is an entrepreneur. She currently leads Social Brain, a human-scale, award-winning digital agency. 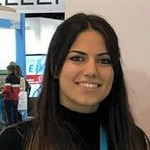 The CATALAN WATER PARTNERSHIP (CWP) is the Catalan Cluster of the sustainable use of water.

CWP was launched in 2008, as a non profit strategic association business oriented, formed by moret han 90 companies and research centres that work in sector of the sustainable use of water, which mission is to improve the competitiveness of its members. 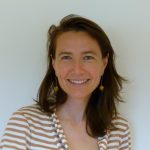 Emmanuelle Gardan, Head of Sector for Higher Education and Research, Secretariat of the Union for the Mediterranean (UfM)

Emmanuelle Gardan works as head of sector for Higher Education and Research at the Secretariat of the Union for the Mediterranean (UfM) in Barcelona. She was previously in charge of international relations in a private company supporting university-business cooperation. She joined the UfM Secretariat in 2013 where she has been developing the sectorial regional cooperation policy agenda and project portfolio.

From 2002 to 2011, she worked at the Erasmus+ French National Agency, first as programme manager for Leonardo da Vinci, then as National Contact Point for Erasmus Mundus. With a background in political science, she has a wide experience in the fields of international higher education cooperation and academic mobility.

Back to UfM Business Forum Page