22  March 2018. World Water Day, on 22 March every year, is about taking action to tackle water-related issues. This year’s theme explores the need to preserve nature to overcome water challenges such as environmental damage, water pollution and water scarcity. The Mediterranean region is one of the most water-scarce areas in the world and freshwater, together with the pollution of the existing resources, has reached alarming levels, with more than more than 180 million people being considered water poor and an additional 60 million facing water stress. 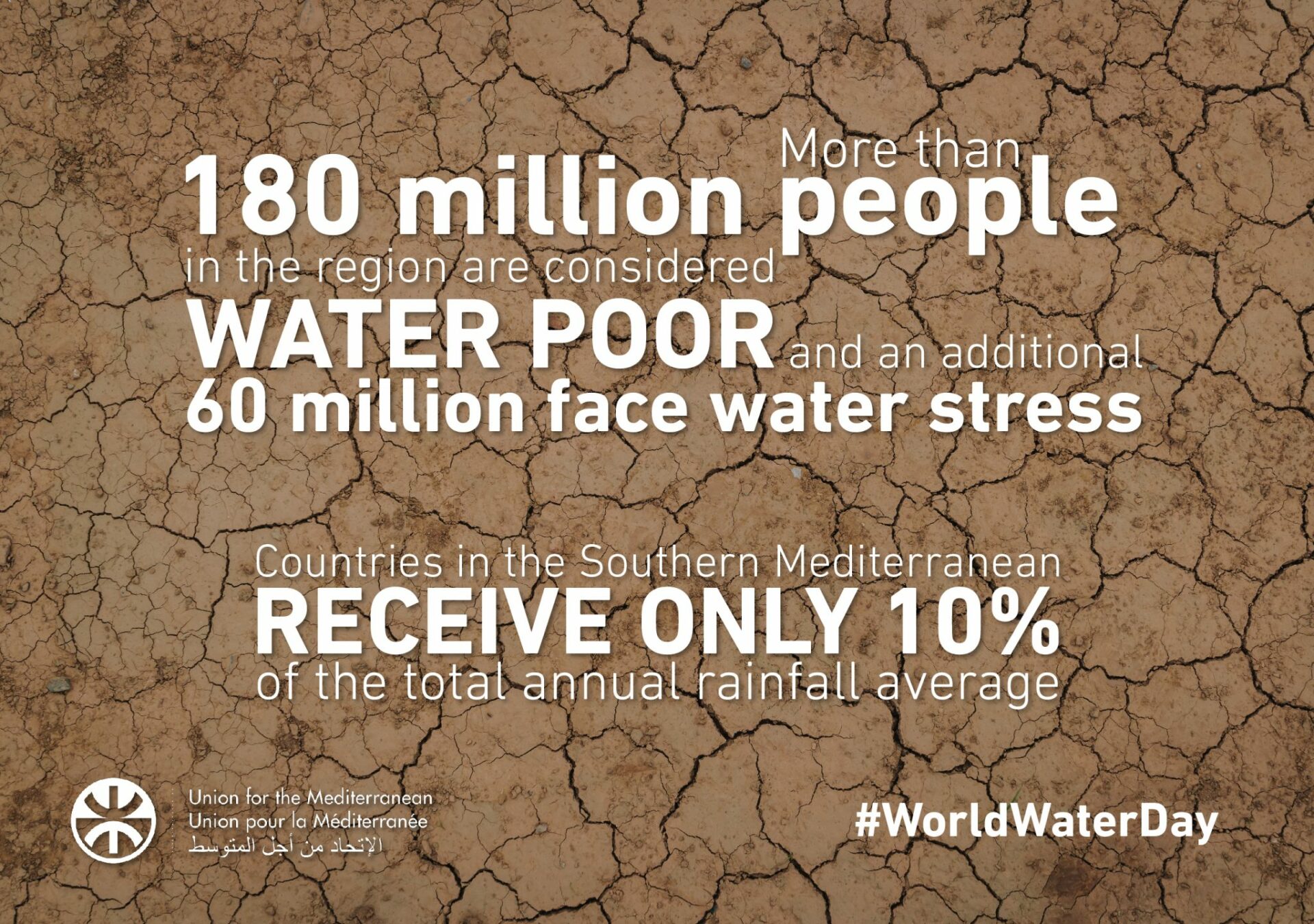 Promoting regional partnerships and creating sustainable cooperation mechanisms on water use is needed to reverse this downward spiral, while developing and disseminating viable regional initiatives to bolster water security in the Mediterranean. The UfM is participating this week in the 8 World Water Forum being held in Brasilia, where the Mediterranean region is recognised as a relevant regional space. The Mediterranean preparatory process is led by the Union for the Mediterranean and the Institut Méditerranéen de l’Eau (IME).

The UfM is currently working on 23 sustainable development initiatives, 10 of which are specifically water-related. Some of the most representative examples of these projects include:

The UfM also supports the implementation of regional agenda on Water, Environment and Blue Economy through initiatives such as the H2020 initiative for a Cleaner Mediterranean, with the objective of tackling 80% of pollution sources by 2020. Last year, the ministers of the UfM Member States agreed to develop a UfM Water Agenda to help Member States implement sustainable and integrated water management policies and contribute to a sustainable livelihood for the region’s citizens.