Women Empowerment, a crucial factor for achieving peace and stability

The 4th Union for the Mediterranean Ministerial Conference on Strengthening the Role of Women in Society was a unique opportunity for the leaders of the 43 UfM member countries to take a decisive step to make real and effective empowerment of women as a political priority, not only because it is a fundamental right but also because of the role women can play as a guarantor of peace, stability and prosperity. The Conference ensures proper fulfilment of the commitments taken at the Paris Ministerial Meeting held in 2013, which culminated a process that began with the Barcelona Declaration in 1995, and especially at the Ministerial meetings in Istanbul in 2006 and in Marrakesh in 2009. Spain, as a Mediterranean country, is bound to the Mediterranean region by countless historical, cultural, social and trading ties. In addition its status as a member of the European Union, Spain maintains close bilateral relations with the countries in the Region with which we work to create a real community.

In Spain, we are firmly committed to work nationally and internationally to prevent and fight against all kinds of discrimination against women and also to achieve effective equality of treatment and opportunities between men and women. We want everyone to be able to fully exercise their rights and contribute by their talent and ability for their personal and professional development for the benefit of society as a whole. We are determined to eradicate all forms of violence against women, especially gender-based violence as an extreme expression of inequality.

Spain has today a comprehensive regulatory and policy framework translated in strategic plans for equal opportunities which guarantee effective equality of treatment and opportunities between men and women. This gives further grounds and interest for Spain to work and cooperate with Southern Mediterranean countries to build effective gender equality and to achieve stability, as evidenced by our active involvement in the Union for the Mediterranean (UfM) Regional Dialogue.

[ufm_quote]”We must do everything in our power to build inclusive, prosperous and secure societies by making progress in protecting human rights and especially in achieving real and effective gender equality.”[/ufm_quote]

Based on the commitments adopted in the Paris Declaration in 2013 on strengthening the role of women in society, the UfM has held numerous meetings with experts from member countries to examine the implementation of these commitments and ascertain how the situation of women is evolving. However, despite the progress achieved in some countries in the North and South of the Mediterranean, there is still significant gender inequality. This includes inequalities in the participation of women in public life (economic, social, etc.), the high rates of violence against women and girls, and inequalities that affect women in vulnerable situations such as migrants and/or refugees, women with disabilities, etc. This shows that in all countries we need to intensify our engagement in implementing and monitoring these commitments. There are still challenges to be met and many miles to go. The transformations seen across the Mediterranean, the political instability and the issue of security in some areas of the Mediterranean, together with the rise in flows of migrants and asylum seekers, and the new social, economic and strategic context, in line with the Global Strategy for the European Union’s Foreign and Security Policy adopted last year, make it essential that today more than ever we take decisive joint action to promote human rights, fundamental freedoms and the rule of law. This naturally entails issues in justice, solidarity, gender equality, eradication of gender violence, nondiscrimination, pluralism and respect for diversity as key points for achieving peace and security in the region.

As such, we need to work to eradicate violence against women resulting from the mere fact of being female. We also have to guarantee women’s economic participation under conditions of equality and their access to decision-making positions in all areas while furthering equality in working conditions and reducing segregation in the job market. Finally, we must also make evident their major contribution to sustainable development, economic and inclusive growth, and their potential as key players in the fight against extremism and radicalisation. Women empowerment is therefore crucial in achieving and maintaining peace. I am convinced that women’s empowerment and greater equality between men and women can make a decisive contribution towards stability, peace and security in the region. As such, greater political commitment by all countries to the real and effective implementation of the Paris 2013 commitments is imperative. At the same time, we have to enhance and improve existing governance mechanisms and the synergies between them, such as the UfM, the European Neighbourhood Instrument, the Convention on the Elimination of All Forms of Discrimination against Women (CEDAW), the Organisation for Economic Co-operation and Development (OECD), and encourage greater participation of civil society. An Action Plan is needed which will turn existing commitments into specific measures equipped with monitoring and evaluation mechanisms, and allocate appropriate resources and incentives to implement them. I am sure that we will be able to rise to the occasion and lay the foundations for an Action Plan that will help us to meet existing commitments and achieve a more just and egalitarian world where men and women have the same rights and opportunities for development in conditions of peace and security 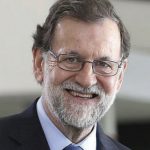 Mariano Rajoy, President of the Government of Spain