Advancing regional cooperation on Research and Innovation in the Mediterranean: The 24th meeting of the EU-Med Group of Senior Officials

Barcelona, 25 November 2019. The 24th meeting of the EU-Med Group of Senior Officials (EU-Med GSO) in Research and Innovation took place at the headquarters of the Union for the Mediterranean (UfM) in Barcelona on 25 November 2019 in presence of UfM country representatives and partners of EU-funded projects with a focus on the Mediterranean. The meeting was co-chaired by Maria Cristina Russo, Director for International Cooperation at the Directorate-General for Research and Innovation of the European Commission and Khaled El-Shuraydeh, Secretary-General of the Higher Council for Science and Technology of the Hashemite Kingdom of Jordan.

Delegates acknowledged the crucial role of Research and Innovation within regional cooperation in the Mediterranean, calling for stronger collaborative ties in this regard, and drawing attention to the importance of the UfM within this context.

“I wish to highlight to you how the UfM has consolidated itself as a regional science-policy interface to address the common challenges in the Mediterranean” affirmed Itaf Ben Abdallah,  UfM Secretary General senior advisor on Higher Education and Research, in her welcoming words, referring notably to the presentation of the MedECC report’s preliminary findings that were presented to the UfM Co-Presidencies and Ministers of Foreign Affairs in October 2019.

The 24th EU-Med GSO took stock of the progress achieved since the adoption of the Valletta Ministerial Declaration (May 2017), notably in the BLUEMED initiative, the Partnership for Research and Innovation in the Mediterranean Area (PRIMA) and research-related migration.

Delegates have emphasized the next EU’s Framework Programme for Research and Innovation, Horizon Europe, as giving a new impetus for establishing closer collaboration in Research and Innovation between UfM countries. They also agreed that synergies with other regional initiatives, such as the Next Society and Start-Up Europe Mediterranean programmes, should be examined more closely together with the results from scientific studies on innovation eco-systems in the region. 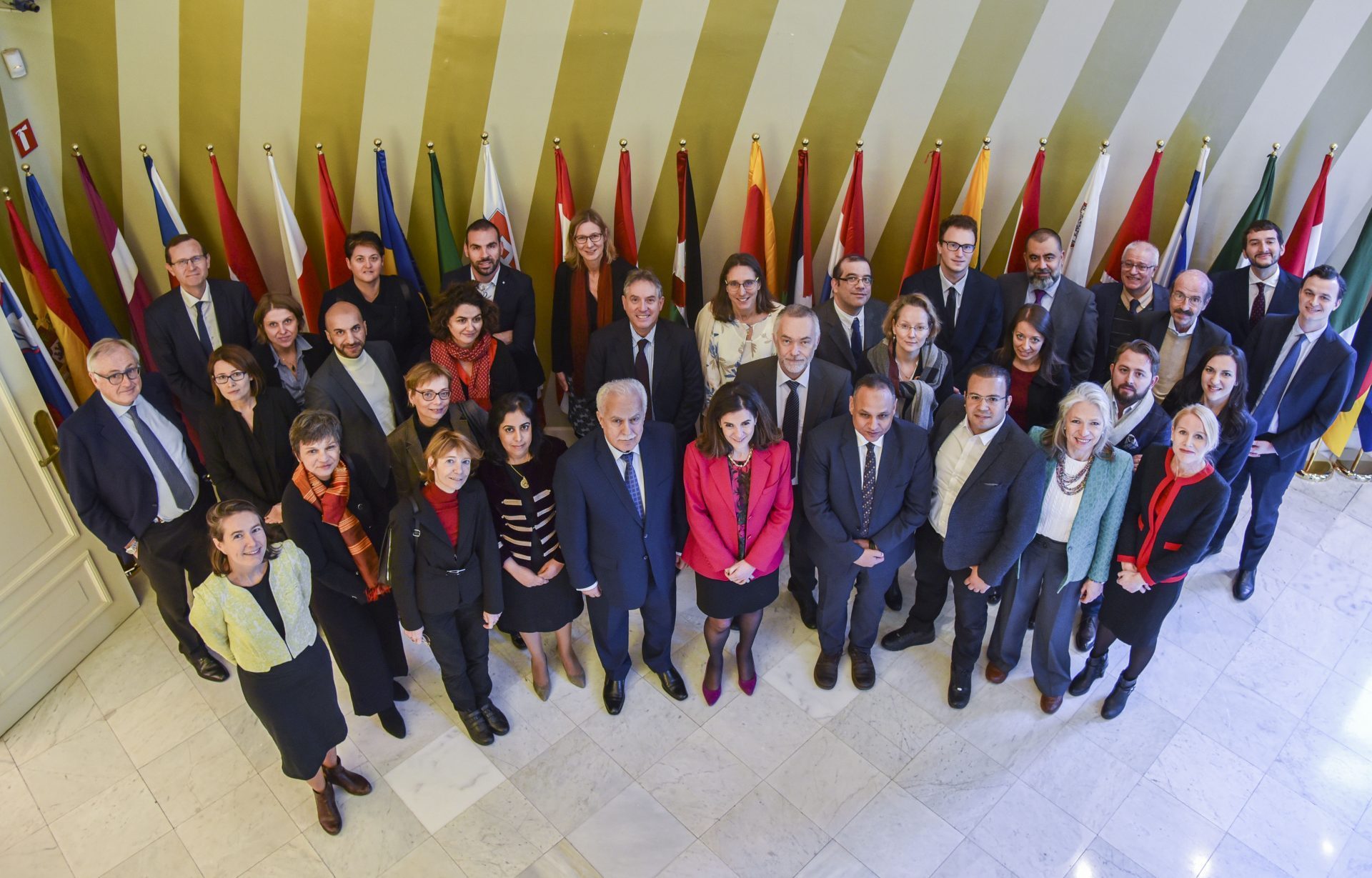