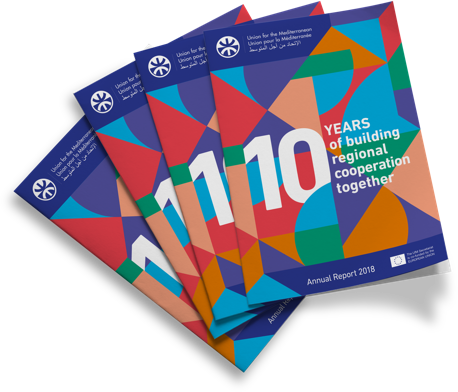 Message of the Secretary General

Message from the Secretary General

across the Euro-Mediterranean region

The Euro-Mediterranean region has faced unprecedented challenges to its stability and security over the last few decades. One of the primary goals of the UfM is to strengthen political dialogue amongst its 43 member states with a view to building peace, security and stability in the region. 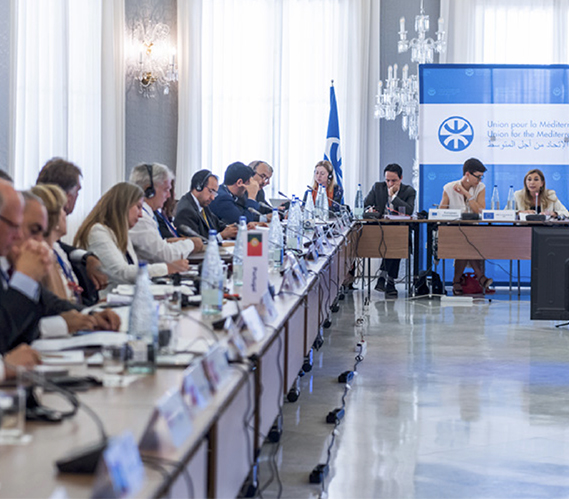 the UfM’s capacity for action

Having endorsed 54 projects to date, UfM Member States have adopted a proposal by the Secretariat on the reform of the UfM label to reinforce the value that the organisation brings. The aim is to make the label clearer, more present, and more effective.

The reform of the UfM label aims to:

The UfM has developed a structured long-term strategy, which involves building partnerships with some of the region’s major donors. 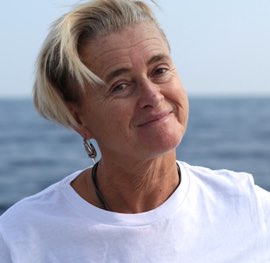 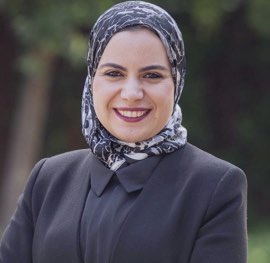 Youth at the forefront of climate action
– Hajar Khamlichi 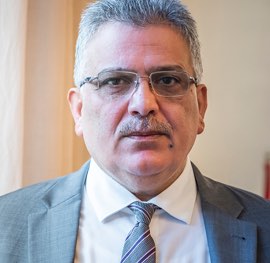 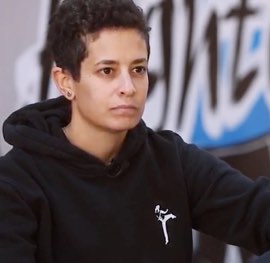 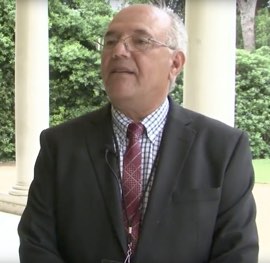 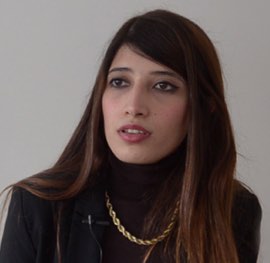 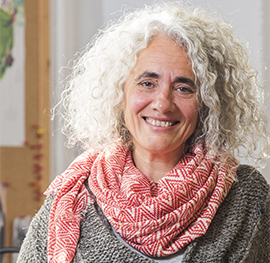 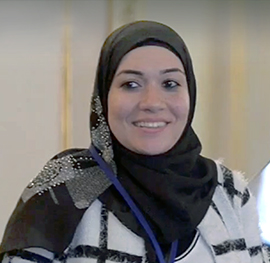 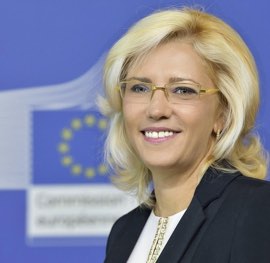 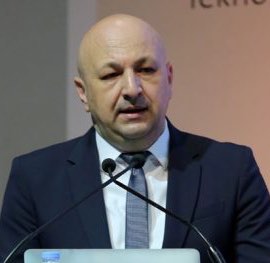 All over the world, an unprecedented upsurge of movements has marked a historic turning point in the fight for women’s rights and equality, and the Euro-Mediterranean region is no exception. In support of this momentum, the UfM launched a shared Euro-Mediterranean agenda at the Ministerial Conference in Cairo (November, 2017). The agenda aims to increase women’s leadership and political participation, enhance women’s economic empowerment, combat all forms of violence against women and girls, and end gender stereotypes.

In 2018, the UfM Secretariat gathered key stakeholders from the region to outline the next steps for implementing these ambitious commitments, in line with the 2030 Agenda.

Ensuring healthy lives for all: Women’s Right to Health project (WoRTH).

Reinforcing the creation of smart cities in the Mediterranean

The Mediterranean region is characterised by one of the fastest urbanisation rates worldwide, with almost 60% of the total population already living in urban areas. By 2030, nearly 80% of the Southern Mediterranean population will be concentrated on just 10% of the land, predominantly on the coast.

Rapid urbanisation calls for a bottom-up approach and region-wide solutions, as well as the mobilisation of all actors, to address an increasing number of demographic, socio-economic, environmental and technological challenges both at local and regional levels.

It is widely accepted that moving to a sustainable, low-carbon economy cannot be achieved by central governments alone. As a shared, global responsibility, all actors in society need to be involved, from local authorities to the private sector and civil society.

Through its multi-stakeholder approach, the UfM facilitates a permanent dialogue between countries and non-governmental actors, providing a framework to achieve the UN Sustainable Development Goals (SDGs) and regional objectives in a coordinated and coherent way.

In 2018, the UfM Secretariat continued to deepen regional dialogue through the UfM Energy Platforms. It also participated in public initiatives, working closely with the private sector and local authorities to enhance their involvement.

UfM Energy Platforms: towards a sustainable Energy Transition in the Mediterranean

Creativity as a tool for regional cooperation: Creative Forum In Ljubljana

The Euro-Mediterranean region has one of the lowest levels of regional integration in the ‎world. Indeed, a study commissioned by the UfM Secretariat has shown that, out of all trade flows ‎occurring in the region, 90 per cent are within the European Union, 9 per cent between the ‎North and the South, and only 1 per cent among southern and eastern Mediterranean ‎countries themselves.

In this sense, the UfM Secretariat continued in 2018 to encourage a stronger contribution from the private sector in regional integration efforts. It particularly aimed at enhancing trade ‎and investment to promote inclusive growth, with a special focus on ‎sustainability, socio-economic inclusion, and the empowerment of women and young people.

The UfM region counts over 30 million university students, and by 2030, gross enrolment rates in higher education are foreseen to rise up to 40%. The “youth bulge” in the region is changing dramatically its educational outlook, yet efforts are still not matching the ambition of numerous young Mediterranean people, despite that the current generation remains the most educated ever in the Southern Mediterranean.

One of the reasons for such levels of unemployment for youth and in particular for university graduates is a persistent gap between the skills acquired in the education system and the requirements of business. Higher Education and Vocational Education and Training (VET) are therefore key priorities in the Mediterranean region, hence in the UfM agenda.

Historically an area of exchanges and interconnections, the Euro-Mediterranean area holds enormous potential in terms of regional integration. Facilitating the movements of goods and individuals in the region could significantly contribute to unleashing this potential, leading to increased prosperity and socio-economic development.

Acknowledging these opportunities, the UfM Secretariat is working towards comprehensive transport connectivity in the region, in line with the 2013 UfM Transport Ministerial Declaration and the ensuing Regional Transport Action Plan for the Mediterranean (2014-2020).

Never before has the world been home to so many young people. At 1.8 billion, this generation represents an unprecedented potential for global economic and social progress.

With over 60% of its population under the age of 30, the Euro-Mediterranean is one of the youngest regions in the world. The UfM has therefore placed youth at the heart of its actions, focusing on building a positive agenda for youth in the Mediterranean and engaging young people as full partners in its activities.

The next generation leading the way on climate change

Young mediterraneans in action: 1st Youth Forum for the Mediterranean

Towards the biggest infrastructure project in Gaza

The Mediterranean region is one of the most water-scarce areas in the world, with more than 180 million people living in circumstances where the water conditions are considered poor, and an additional 60 million facing water stress. Moreover, water quality is another factor posing major problems to water users and the sustainability of our ecosystems.

Developing initiatives to bolster water security in the Mediterranean through regional partnerships and sustainable cooperation mechanisms is needed to reverse this downward spiral. The adoption of Integrated Water Resources Management (IWRM) as a holistic approach is of capital importance to achieve economic and social welfare. The UfM is currently working on 23 sustainable development initiatives, 10 of which are specifically water related. Meanwhile, ministers from the UfM member states agreed in 2017 to develop a UfM Water Agenda to help countries implement sustainable and integrated water management policies.

The Mediterranean region is one of the world’s climate change hotspots where, according to the Intergovernmental Panel on Climate Change (IPCC), ‎ the limit of a rise in temperature of 1.5ºC set by the Paris Agreement is already being exceeded.

Shared Mediterranean climate action is therefore crucial. Urgent policies are needed to mitigate the consequences of climate change and consider adaptation options. Yet, currently, the lack of adequate information is delaying the process.

Aware of this challenge, the UfM supports a dedicated regional effort to gather existing scientific knowledge and provide a better understanding of the risks posed.

The UfM Climate Week: coming together for climate action

The UfM at the COP24

Employment at the heart of plans
for the region

The Euro-Mediterranean region has one of the highest unemployment rates in the world, affecting mostly young people and women, making job creation a pressing priority for UfM countries. ‎Inclusive, sustainable and decent employment for all has thus acquired a priority position in ‎policymaking in the region, being indispensable for economic ‎growth, social cohesion and poverty eradication.‎

In this context, the ‎UfM aims to develop employment opportunities and promote inclusive growth in ‎the Euro-Mediterranean region, addressing ‎youth employability and women’s socio-economic empowerment with a particular ‎focus on the development of micro, small and medium-sized enterprises (MSMEs).

Research and innovation are vital for inclusive human progress. Research offers policymakers scientific grounds for decisions based on data and hard facts. It helps us to understand the world’s problems, and plays a key role in moving towards a sustainable future. Meanwhile, innovation helps bridge the gap between economic activities and respect for the environment, unlocking the potential of sustainable growth.

In view of its importance, the UfM enhances regional cooperation on research and innovation as a means of achieving its objectives of human and sustainable development, and as a way to push forward regional, scientific diplomacy.

Understanding the deep roots of migration: Forum on Agriculture, Rural Development and Migrations in the Mediterranean

Advancing research and skills for a blue economy in the Mediterranean: the BlueMed Week

The Mediterranean region is one of the world’s 25 climate change hotspots, facing environmental threats to its biodiversity, natural resources and habitable areas. Furthermore, millions of marine animals die every year because of polluted oceans, while 18% of Mediterranean species are already threatened with extinction.

Aware of this pressing issue, the UfM has adopted a cross-sectoral, region-wide approach, facilitating dialogue to ensure the coherence of policies developed in the region to address these common challenges.