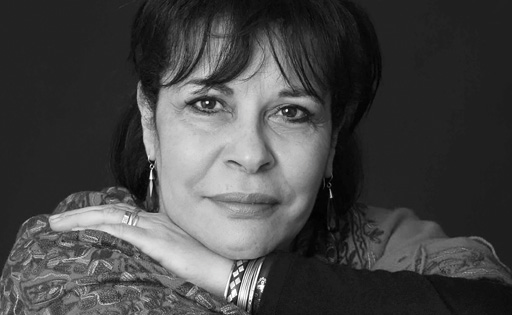 A melting pot of the world’s civilisations

In response to the violence that rocked her country during Algeria’s so-called Black Decade (1992 to 2002), Samia Benameur decided to put pen to paper, speaking out against forms of oppression in her country. Given the dangers facing writers at the time, she did so under the cover of an alias. And so Maïssa Bey was born. A novelist first and foremost, and a playwright second, Bey’s work has helped pave the way for the many other women writers of all generations springing up across Algeria today.

“One day in 1993, I sat down at my desk with a blank sheet of paper and started writing a story, not intending to write a book, let alone publish one. All I was looking to do was to push back against all this oppression that was weighing down on us at that time.” Maïssa Bey speaks authoritatively, candidly, and with a gravitas appropriate to the seriousness of the issues she addresses in her work. She locates the origins of her work in the everyday lives and words of real Algerians. “When I began writing, what I wanted to do above all was to tell stories about real people, past and present”. She focuses in particular on Algerian women, putting disenfranchised and voiceless women at the centre of her work, and shining a spotlight on the hypocrisies of a male-dominated society.

Bey came to writing late in her life, she says, in her mid-forties, during a civil war that left 200,000 Algerians dead and approximately 15,000 forcibly disappeared. “At that time getting published was out of the question”, she explains. Anyone seen to be a part of the French-speaking establishment at the time was vulnerable to attack. “When the question of publishing the book came up, I had to ensure mine and my family’s safety. Journalists and writers had been threatened. Some of them had to flee and leave their lives behind, and in my family it was out of the question that I expose us to any such danger. So we decided that I would write under an alias. The alias was chosen by my mother, and I like to say that mother gave birth to me a second time”, she says, smiling.

Bey is now seen as a pioneer of women’s literature in Algeria. She says that she owes the freedom of expression she and many other Algerian women writers now enjoy to the work of those women writers who preceded them. “There are a lot of them in Algeria. Some who are well known, others less so. They are women who established themselves through their style and their talent. I see myself as a member of a kind of family. And that family has seen to it that we now have the right to speak.”

Bey feels profoundly Mediterranean and sees the region as a nexus connecting the world’s civilisations. “The Mediterranean for me is at once a place and a bond. It is something that we all have in common. It is the melting pot of all civilisations, all religions. You cannot view the Mediterranean like any other sea. It plays a central role in the history of humanity. The most beautiful ruins in the world are in the Mediterranean. It tells us the centuries and centuries of history of our ancestors”. Bey believes that Mediterranean society nowadays, to her dismay, has lost sight of this shared history. “Nowadays the world is engaged in a sort of mad scramble towards commercial interests, and the sea for me and for thousands of other people is something which has come to separate people more than it brings people together. There is also this feeling of rejection that you experience when you are born on the southern side of the Mediterranean. That is something which hurts me deeply every sea should be a connection, a link, a bridge and a passage. If we could rediscover this bond that is the Mediterranean, we artists from the North and the South, to make our common history live again, that would be extraordinary”.

What lies ahead for Maïssa Bey, like for many of us during this pandemic, is uncertain. Anxiety over her and her family’s health and grief for family members lost to Covid-19 has lead her to a writer’s block. “We don’t know what the future is going to be made of, everything is going so fast. We have lost a lot of people in our family. overnight everything stopped, and this proximity to death means that we are asking ourselves a lot of existential questions. At the beginning of this pandemic I promised myself that I would use it to write a novel, but my ideas have dried up, so I have a book which is practically written but only in my head, not on the page.”