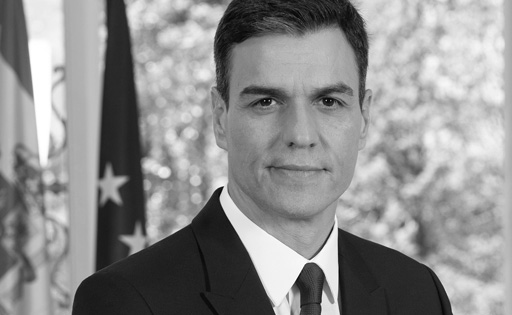 If there is a single shared desire today, 25 years on, in addition to the hope of 1995, it is to move forward. All of us. United. Overcoming this pandemic as one, tackling the consequences of this social, economic and health crisis while building our future.

It is an honour to close the Regional Forum of the Mediterranean on the 25th anniversary of the Conference which gave rise to the Barcelona Process in 1995, during the Spanish Presidency of the European Union. A conference that highlighted Spain’s commitment to the Mediterranean and symbolised the political will for collaboration.

The COVID-19 pandemic has hit us all hard – especially the first wave – and it will take time to recover from its terrible consequences, even as we must face the following waves of the pandemic. Speaking cautiously, the arrival of the vaccine could well be the light at the end of the tunnel.

It’s true that our geographical proximity has been cut off. The pandemic forced us to suspend air and sea travel, to confine, to separate us, albeit temporarily, and to restrict movement. But the pandemic has also served as an important reminder of how vulnerable we humans can be in the face of adversity, as well as the importance of a united, stronger, front.

COVID-19 strikes without asking where we were born or what we believe. It doesn’t understand borders, gender or ideologies. And, alongside this virus, there are other pandemics afflicting the earth: terrorism, social inequality, war, and the climate emergency.

That’s why we need to reclaim the ambitions of the 1195 act. At the time, the aim was to transcend the idea of an international forum and build a common space of peace and security. In short, a region of shared prosperity and greater social, cultural and human collaboration.

Now, 25 years later, if there is a single shared desire in addition to the hope of 1995, it is to move forward. All of us. United. Overcoming this pandemic as one, tackling the consequences of this social, economic and health crisis while building our future.

Today we can establish the foundations for the Union of the Mediterranean’s future: let us broaden its work to identify and develop concrete, collaborative initiatives. And let us do so with a transformative agenda for the next twenty-five years.

Let us give it the political impetus needed to catalyse all the efforts and initiatives working towards Euro-Mediterranean cooperation and integration.

In spaces such as the Regional Forum of the Union for the Mediterranean, where we can speak openly and respectfully, and in a constructive manner, we can find solutions to the crises and tensions that still persist in our region. I am referring to overcoming conflicts such as those in Syria and Libya, as well as the necessary revitalisation of the Middle East Peace Process, which must be at the centre of our efforts.

In reviving the Process, we must consider the future challenges we all face:

We mustn’t avoid difficult discussions, like migration, which should be safe, humane and legal. It’s a challenge that will require our genuine willingness to face the complexity in a global, shared, decisive manner and to find solutions for all its many dimensions.

In our discussions, we mustn’t forget the youth, the coming generations to whom we must offer hope on the horizon for prosperity and opportunities since they represent the future of our progress.

In short, let us work to make the Union for the Mediterranean fairer, greener, more digital, and more politically, economically and socially integrated. Then the Union can close the gaps that could widen even further as a result of the pandemic if we don’t act with resolve and unity to tackle the serious social, economic and health consequences of COVID-19.

25 years ago, in Barcelona, we set out to make the Mediterranean basin a hub of dialogue, trade, and mutual cooperation.  A collaborative framework that would guarantee those elements without which progress is impossible, like peace, stability and the prosperity of our people. This was set out in the introduction of the Declaration of the Conference which launched the Barcelona Process. A process that we in Spain, with the support and commitment of all member states, want to renew.

Because if there is one thing that these last years have shown us, it is that we are stronger together.

(Transcript edited by the UfM Secretariat. The Spanish transcript and original speech on the occasion of closing the 5th Regional Forum of the Union for the Mediterranean – 27th of November 2020)