The Urban Projects Finance Initiative – Economic Resilience Initiative (UPFI-ERI) seeks to identify and encourage innovative urban projects in the Western Balkans and Southern Mediterranean. It offers a grant to project promoters to help them run the project, with opportunities for subsequent access to funding. The initiative aims to accelerate the implementation of these urban projects and render them bankable to the standards of the European Investment Bank (EIB) and other European Financial Institutions.

The Southern Mediterranean countries and Western Balkans face growing challenges that require creative responses. Conflicts, disasters and climate change are increasing the pressure on countries to improve resources and infrastructure for economic resilience. The demand for sustainable and integrated urban development has never been higher. Resilient infrastructure, improved living standards and the inclusion of migrants and refugees are crucial for facing current and future challenges.

To boost economic resilience, infrastructure must be upgraded and the private sector must develop and create more jobs. More investment is needed for vital economic and social infrastructure and to create opportunities.

Launched in 2014, the UPFI is funded by the European Commission and co-managed by the European Investment Bank and the Agence Française de Développement, in partnership with the UfM. This was then extended with a new format thanks to an allocation of €4.5 million under the EIB’s Economic Resilience Initiative (ERI). Its projects include the Multi-Site Regeneration Project in Jericho, Bouregreg Valley Development Plan, Sfax Taparura Project and Imbaba Urban Upgrading Project. 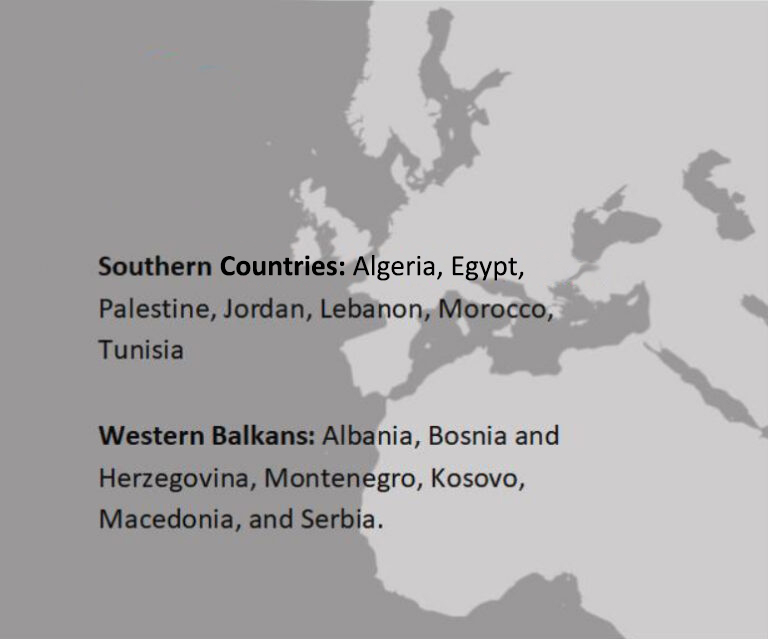 Initial budget to support the preparation of urban projects

Union for the Mediterranean (UfM)

Identification of projects based on urban development criteria (level of integrated approach; economic, social and environmental impact; degree of innovation; potential for replicability)

Preparation of the identified projects, through feasibility studies and capacity building for project promoters.

Financing and monitoring of projects by international financial institutions, notably EIB and AFD.