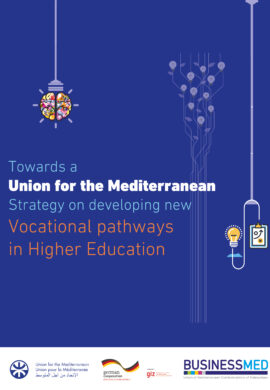 This report investigates the potential role of Higher Education (HE) and Vocational Education and Training (VET) systems to tackle the issues of youth unemployment and skills mismatch prevailing in the South Mediterranean Countries (SMCs). The report is divided into two parts: the first part outlines the outcomes of the mapping of the existing interventions in the region, including the highlights of the best practices and the analysis of empirical data collected through focus group discussions with several stakeholders and an online survey disseminated among the UfM network. The second part of the report details a set of recommendations and policy actions aiming to fuel the discussion during a proposed regional dialogue where regional stakeholders can further explore ways to pave the way to a robust strategy to develop HE and VET collaboration. It also includes a conceptual framework that outlines the key pillars needed to design a workforce development initiative to tackle youth and women employment and skills development. Finally, the second part provides a concrete example of a proposed pilot project in the green skills.

This report has been developed for the UfM Secretariat by BUSINESSMED, and has been supervised by Giuseppe Provenzano, Higher Education and Research.

The document has been produced with the financial assistance of the German Development Cooperation (GIZ). 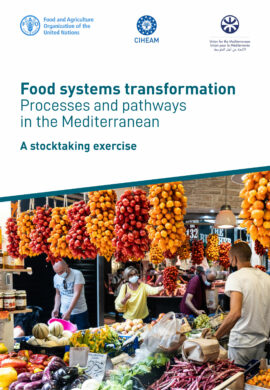 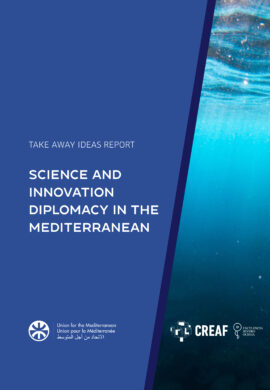 Take Away Ideas Report – Science and Innovation Diplomacy in the Mediterranean 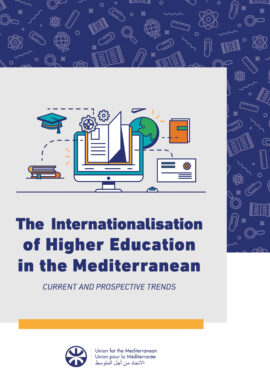 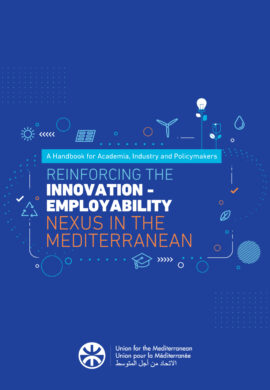 Reinforcing the Innovation-Employability Nexus in the Mediterranean – A Handbook for Academia, Industry and Policymakers