Both parties agreed to find common responses to the pressing challenges facing urban areas in the Mediterranean region and have identified several areas of collaboration with special regard to water management, risk reduction and resilience.

“The effects of climate change and the phenomenal shift towards urbanisation – 6 out of every 10 people in the world are expected to reside in urban areas by 2030 – are already being felt and are bound to intensify in the coming years. There is thus a need to mobilise all actors, national governments, local authorities, academia, businesses and citizens, to ensure that the growth of cities and urban areas is turned into opportunities,” said UN-Habitat Executive Director Dr  Joan Clos.“The UfM has a central role in furthering these goals in the Mediterranean region.”

UfM Deputy Secretary General Ambassador Alpogan said: “The Mediterranean region is in the middle of a strong spatial transformation linked to population growth, widespread urbanisation and deep changes in its political, social and economic model. This transformation is particularly felt in its cities, which are also confronted with new environmental impacts. In response to these challenges, and with the ultimate aim of improving the liveability of Mediterranean urban areas, the UfM actively promotes sustainable urban development in the region following an integrated and cooperative approach, as well as regionally-applicable solutions, focusing on youth as a key driver for stability in the region.”

The two organisations look forward to developing strategies, initiatives and projects within the member countries of the UfM to promote an integrated and cooperative approach to urban development which includes resilience and disaster risk reduction as well as environmental management. Cooperation would also involve the existing Urban Projects Finance Initiative (UPFI) and supporting capacity-building activities in the region.

UN-Habitat is the United Nations programme working towards a better urban future. Its mission is to promote socially and environmentally sustainable human settlements development and the achievement of adequate shelter for all. UN-Habitat is the focal point for the monitoring, evaluation and implementation of the Habitat Agenda, as well as the task manager of the human settlements chapter of Agenda 21 and in collaboration with governments is responsible for promoting and consolidating collaboration with all partners, including local authorities and private and non-governmental organisations, in the implementation of the Habitat Agenda and the Sustainable Development Goals.

Habitat III is the United Nations Conference on Housing and Sustainable Urban Development to take place in Quito, Ecuador, from 17 – 20 October 2016. In Resolution 66/207 and in line with the bi-decennial cycle (1976, 1996 and 2016), the United Nations General Assembly decided to convene, the Habitat III Conference to reinvigorate the global commitment to sustainable urbanization, to focus on the implementation of a New Urban Agenda, building on the Habitat Agenda of Istanbul in 1996. The objectives of the Conference are to secure renewed political commitment for sustainable urban development, assess accomplishments to date, address poverty and identify and address new and emerging challenges. The conference will result in a concise, action-oriented outcome document. Habitat III will be one of the first world summit of the United Nations after the adoption of the Agenda 2030 and the agreement on climate change COP21 in Paris.

The Union for the Mediterranean (UfM) is an intergovernmental organisation bringing together 43 countries: 28 EU member states and 15 Southern and Eastern Mediterranean countries. It provides a platform for political dialogue, coordination, and regional cooperation.

The Secretariat of the Union for the Mediterranean, established in Barcelona in 2010, focuses on enhancing regional cooperation and integration through the implementation of regional cooperation projects and initiatives. The Secretariat has developed and accelerated the implementation of new regional projects that are key socio-economic and strategic drivers: more than 40 regional labelled projects worth over €5 billion in areas including inclusive growth, youth employability, women’s empowerment, promotion of student mobility, integrated urban development and sustainable development. The Secretariat works in close collaboration with government agencies and an active network of Euro-Mediterranean partners to assist project promoters throughout the entire project cycle, from technical assistance to project implementation, as well as financial planning and fundraising. 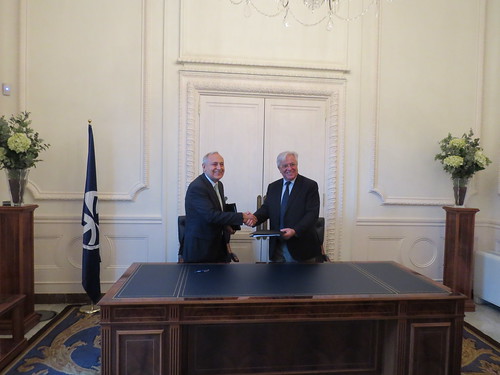