Algiers, 15 December 2022 – The Union for the Mediterranean organized a Workshop on “Green Economy Promotion: how to make green economy work for sustainable development and regional integration?” in Algiers on 15 December in collaboration with the Ministry of Industry of Algeria and with the support of GIZ.

This event, that brought together over 100 participants representing a wide range of relevant stakeholders coming from different UfM countries, aimed at discussing three axes as follows:

Opening this important meeting, the Secretary General of the Ministry of Industry of Algeria, Salaheddine Belbrik, highlighted the commitment of the Government to promote green economy, circular economy and renewable energies. He went on to mention examples of the policies put in place to achieve this goal.

On his side, the UfM Deputy Secretary General for Water, Environment and Blue Economy, Almotaz Abadi, put forward the work of the UfM in the field of environment protection as a key priority area of action by favoring the emergence of regional agenda to this end. He also praised the active role of Algeria within the UfM dialogue platforms, while renewing his commitment to further consolidate the collaboration between Algeria and the UfM.

In his intervention at the first panel, Grammenos Mastrojeni, UfM Senior Deputy Secretary General for Energy & Climate Action, stressed the emergency of climate action because of the unbearable impact of climate change especially in the form of increased unpredictability of weather conditions. In this context, he pointed out the need for solidarity among the countries of the region to effectively address this pressing challenge.

Finally, it should be noted that, at the 5th UfM Regional Forum in 2020, the UfM Co-Presidency counted sustainable and inclusive economic and human development as well as environmental and climate action among the priority areas for the UfM and its Member States. More recently, the Ministers of Foreign Affairs of the UfM countries, gathered at the 7th Regional Forum on 24 November 2022, unanimously underlined their commitment for green transition despite the current geopolitical upheavals. 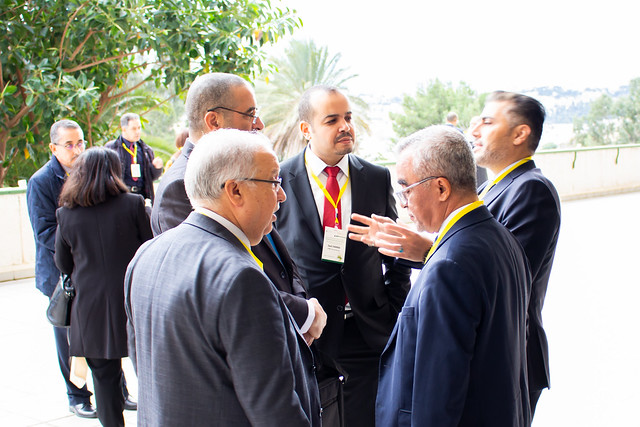