30 July 2021, Rome. UfM Secretary General Nasser Kamel addressed the Ministers of Culture of the Group of 20 (G20) today at the G20 Culture Summit in Rome, Italy. This meeting paved the way for a new G20 Ministerial Declaration on Culture to which the UfM contributed.

Speaking at the panel “Addressing the Climate Crisis through Culture”, focusing on cultural heritage, creativity and indigenous people’s knowledge on climate action, mitigation and adaptation, Secretary General Kamel highlighted the Mediterranean experience of human adaptability to climate and sustainable usage of natural resources, while preserving biodiversity. He also stressed the need to raise public awareness of the fight against climate change through culture and science, and policies focusing on urban adaptation, and reduction of single-use plastics. Cultural heritage, especially that of Mediterranean countries such as Libya, Tunisia, Morocco and Egypt, can help us understand and replicate the way our ancestors understood the symbiotic relation between humanity and nature.

“Our past can fuel an innovative way of thinking about climate and an appreciation for the know-how of local cultures when addressing how we are going to use the so-called knowledge triangle (research, education, and innovation) to empower our collective climate action.” — Secretary General Nasser Kamel. 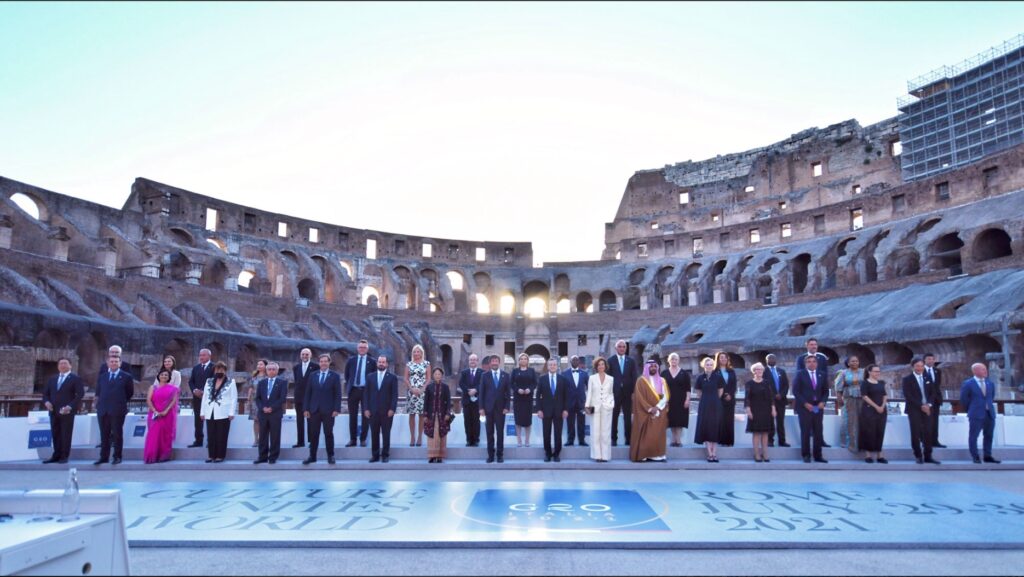