15 July 2020, 14h30 – 15h30 (CEST). The UfM-UNESCO webinar on 15 July 2020 seeks to reach out to public authorities in charge of policy-making and planning for sustainable urban development and affordable housing in UfM countries, universities and students, representatives of intergovernmental organizations and NGOs, international financial institutions and donors, and the public at large.

Cities in the Euro-Mediterranean Basin have been hit hard by the COVID-19 pandemic and have accumulated a significant number of deaths. The virus has attacked the core of what makes cities vibrant and successful: busy streets. Will these cities ever come back to be the same? But this is not the only crisis the region currently faces. Recent accelerated climate change has exacerbated existing environmental problems in the Mediterranean Basin that are caused by a combination of changes in land use, increasing pollution and declining biodiversity. Actions and policies must help alleviate existing and emerging risks due to Climate Change and promote sustainable urban development in the region.

The rich cultural heritage of the Euro-Mediterranean cities are expressions of the region’s identity as well as of its incredible cultural diversity. The historic urban centres are important repositories of memories and knowledge of previous epochs where previous pandemics have all left marks on urban architecture. Cultural heritage is also an important resource that offers solutions and alternative models for sustainable urban development. The webinar will reflect upon what marks this pandemic could possibly leave on Euro-Mediterranean cities that need to be taken into account in building a common vision for sustainable urban development in the area of action of the Union for the Mediterranean (UfM) in the coming decades. The pandemic also challenges urbanists to rethink the architecture of density and reimagine cities that are walkable, have open green spaces, and recognize the power of local communities. 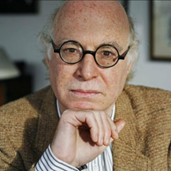 Richard Sennett is a Professor of Sociology at the London School of Economics and a Senior Fellow of the Center on Capitalism and Society at Columbia University. His most recent book Building and Dwelling: Ethics for the City, (2018) traces how cities are built and how people live in them from ancient times to now. He draws on his deep learning and engagement with city life to form a bold and original vision for the future of cities. He has published more than 20 volumes including several novels and sociological texts, most notably The Craftsman, The Fall of Public Man, and The Corrosion of Character.
Host, Nasser Kamel

Nasser Kamel is the Secretary-General of the Union for the Mediterranean since July 2018. As a career diplomat for the Egyptian government, he held the position of Ambassador of Egypt to the United Kingdom from 2014 to 2018. He was also Ambassador to France in the period 2006-2012. Between 2012 and 2014, he was Assistant Minister for Arab and Middle Eastern Affairs. From 2004 to 2006, he was the Director of Egypt’s Public Information Service.

Jyoti Hosagrahar is Deputy Director for the World Heritage Centre at UNESCO. Among other responsibilities, she leads the implementation of the Historic Urban Landscape Recommendation, the World Heritage Cities Programme, and Sustainable Development, the Earthen Architecture Programme, as well as the Culture 2030 Indicators for measuring Culture in the 2030 Agenda across all the Culture Conventions and Recommendations. 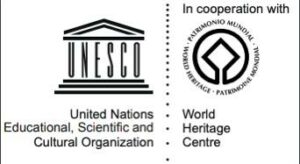 #16DaysChallenge: What are you doing to end violence against women and girls?
UNIDO and UfM launch a MENA Women Business Club to scale-up women’s businesses in the region
See more