The project was officially launched on 30 April 2013 in Barcelona, following the endorsement of the 43 Member States of the Union for the Mediterranean (UfM).

Young Women as Job Creators promoted self-employment and entrepreneurship among university students who were about to graduate in Jordan, Morocco, Palestine and Spain, and who had an interest in starting their own business. The project was based around Women’s Entrepreneurship Days (WEDs), a series of seminars which taughtparticipants how to create a business.

In 2013 the project trained about 800 young women from 32 participating universities to become future successful businesswomen and employers. On January 2014, the Association of Organisations of Mediterranean Businesswomen (AFAEMME) and the Union for the Mediterranean signed a Global Project Memorandum in order to replicate the project in other Euro-Mediterranean countries. The overall aim was to further promote female entrepreneurship and contribute to the development of sustainable economies based on private initiatives, quality education and gender equality. Between March 2015 and April 2016 AFAEMME implemented the second phase of the project in Albania, Egypt, Jordan, Morocco, Palestine and Tunisia. The third phase of the project was implemented from 2017 to 2018.

On completion of the project’s three phases, a total of 11 countries and more than 2,500 young women had participated in the programme. 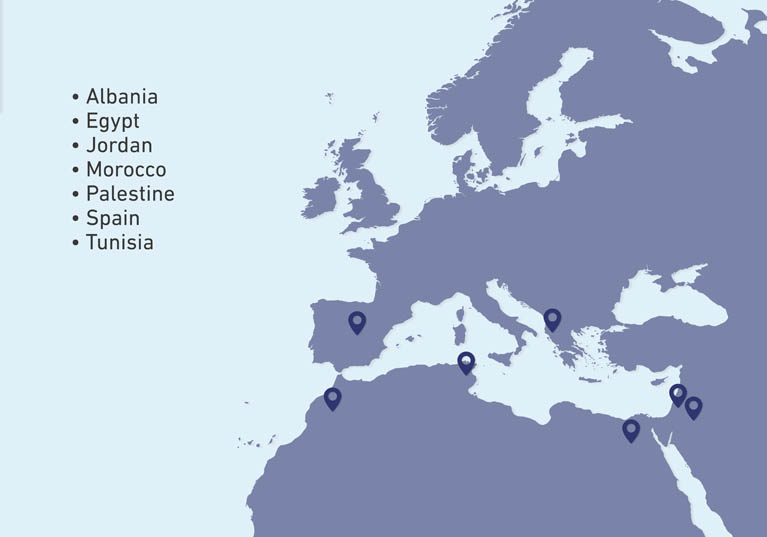 Young Women as Job Creators is promoted by the Association of Organisations of Mediterranean Businesswomen (AFAEMME), a Euro-Mediterranean association of projects on gender equality and business, which lobby to enhance women’s legal, social and professional status. AFAEMME was founded in 2002 in Barcelona, Spain, and it brings together 41 organisations from 22 countries across the Mediterranean basin.

Young female university students who are about to graduate from one of the participating universities, faculties or higher education centres.

Phase I of the project was successfully implemented between May and November 2013 at a total of 32 universities in Morocco, Jordan, Palestine and Spain. Some 800 young women benefitted directly from the project’s specific advice on how to become successful entrepreneurs.

The best business idea, submitted by a young Jordanian student, was recognised with the UfMAFAEMME Young Women as Job Creators Prize, which was presented during the Women’s Socio-Economic Empowerment: Projects for Progress conference, held at the UfM headquarters in March 2014.

During Phase II, in addition to the Women’s Entrepreneurship Days, national businesswomen’s associations from the seven participating countries provided training sessions in management, marketing and finance. They also offered mentoring programmes to help young female entrepreneurs achieve the goal of starting their own business projects.

At least 70 young women successfully started their business projects by the end of the programme.